Service Rating
98%
580 reviews
certificate-default
OVERVIEWAUTHENTICITYDELIVERYREVIEWSFAQs
OVERVIEW
This boxing glove has been personally signed by Frank Bruno and Mike Tyson. Bruno signed in Newcastle on March 8, 2014 and Tyson added his signature on October 7 in Monte Carlo. Bruno is one of Britain's best loved personalities. A fearless fighter, his greatest moment came in 1995 when, at the fourth attempt, he became World Heavyweight Champion. An epic tussle against Oliver McCall went the distance, but it was Bruno who triumphed, winning on points. Tyson, meanwhile, is the former undisputed heavyweight champion of the world and holds the record as the youngest fighter to win the WBC, WBA and IBF heavyweight titles. The pair met twice in the ring, the first time Tyson defeated Bruno in 1989 to retain his world titles, while the second time they met, Tyson knocked out Bruno to take his WBC title in 1996.
AUTHENTICITY 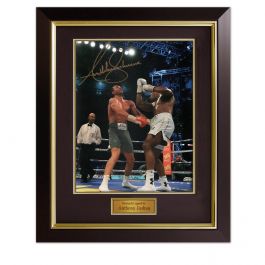 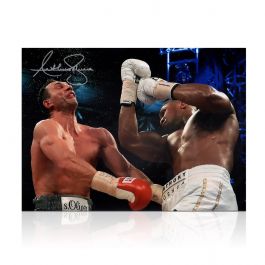 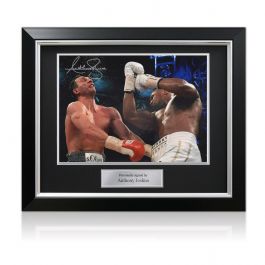 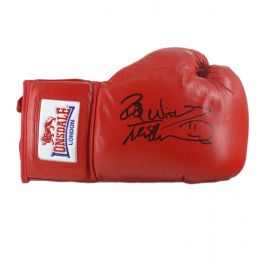 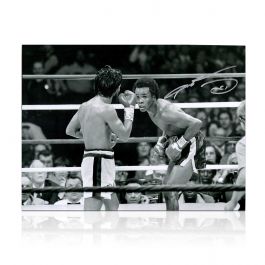 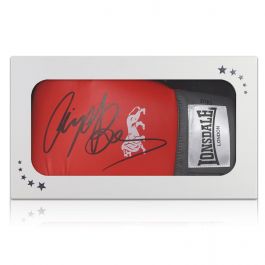 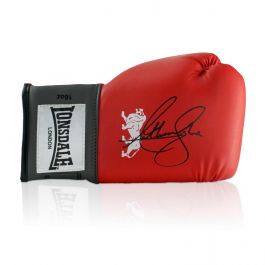 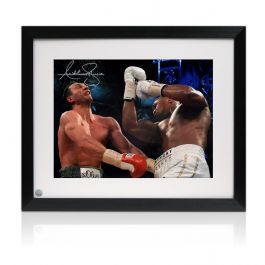