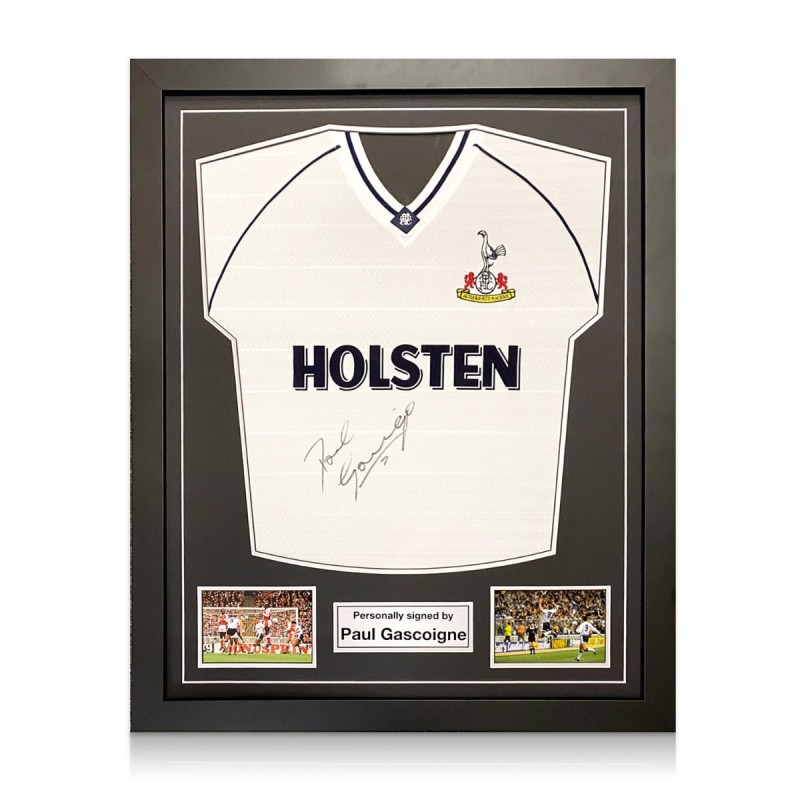 Service Rating
98%
942 reviews
certificate-default
OVERVIEWAUTHENTICITYDELIVERYREVIEWSFAQs
OVERVIEW
This retro Tottenham Hotspur shirt was personally signed by Paul Gascoigne on October 12, 2020. Gazza is one of Spurs favourites, whose skills lit up White Hart Lane in the early Nineties. This is the style of shirt worn when he scored a spectacular free-kick against Arsenal to send them into the 1991 FA Cup final, in which they beat Nottingham Forest 2-1, but lost Gazza to injury after his reckless tackle against Gary Charles. This item is a great reminder of that glorious era.
AUTHENTICITY 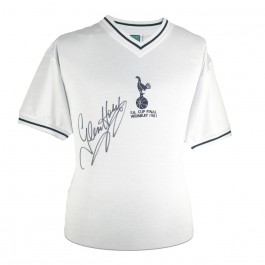 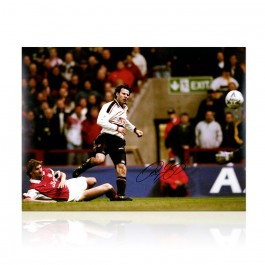 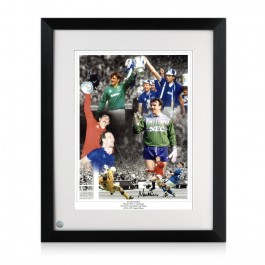 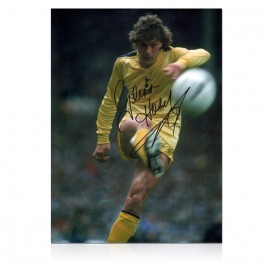 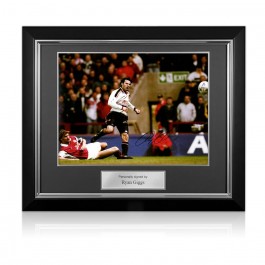 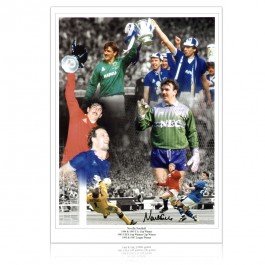 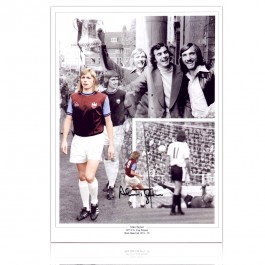 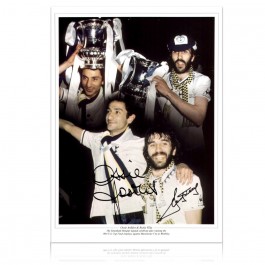