Service Rating
98%
580 reviews
certificate-default
OVERVIEWAUTHENTICITYDELIVERYPACKAGING & FRAMINGREVIEWSFAQs
OVERVIEW
This Manchester United shirt was personally signed by Teddy Sheringham and Ole Gunnar Solskjaer. Teddy signed in Cheshunt on October 3, 2012 while Ole added his signature in Manchester on October 8. The strikers were responsible for United's thrilling Champions League victory over Bayern Munich on Wednesday, May 26, 1999. The Germans were leading 1-0 in injury time before goals from Sheringham and then Solskjaer produced an amazing turnaround. United finished 2-1 winners to complete an unprecedented treble of Premiership, FA Cup and Champions League. Both players have added the time they scored their amazing injury time goals next to their signatures, while Ole has signed with his full, long signature, making this a rare and highly collectable piece of football memorabilia. Only ten of these shirts were signed in this way.
AUTHENTICITY 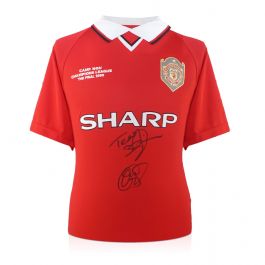 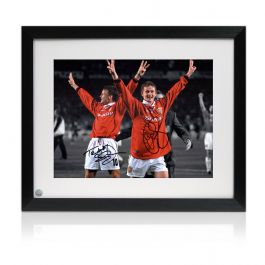 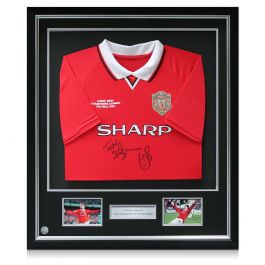 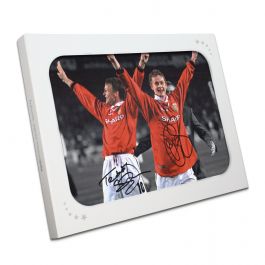 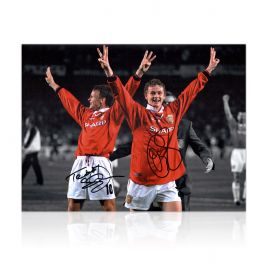