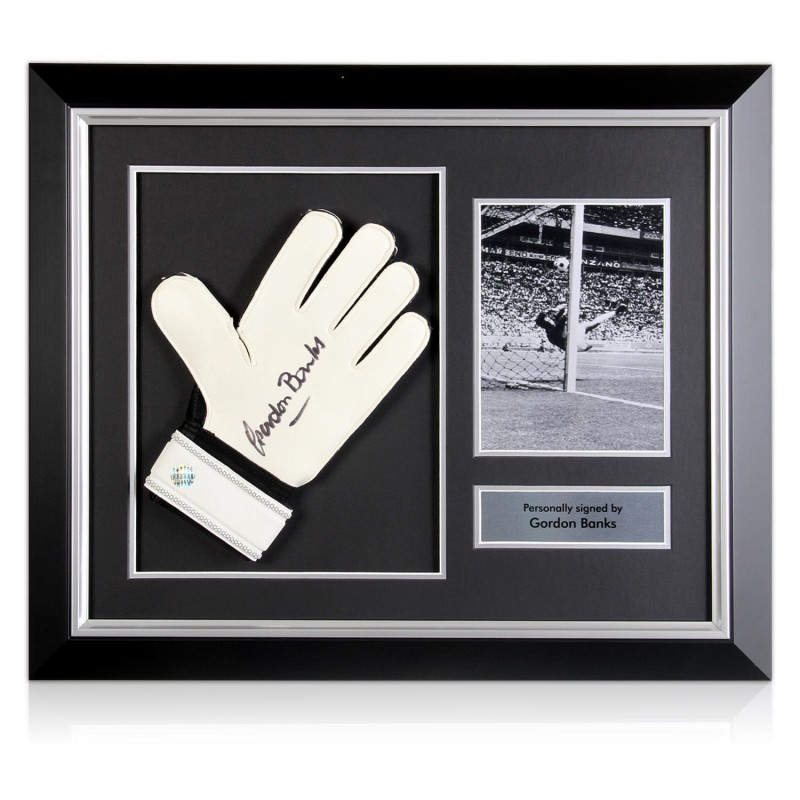 Service Rating
98%
942 reviews
certificate-default
OVERVIEWAUTHENTICITYDELIVERYREVIEWSFAQs
OVERVIEW
This glove has been personally signed by goalkeeping legend Gordon Banks on April 9, 2018 in Stoke. Banks is England's greatest ever goalkeeper and was between the sticks when England won the World Cup in 1966. He was also responsible for the Save of the Century when he kept out a goalbound Pele header in the 1970 World Cup finals. At club level he represented Stoke City and Leicester City with distinction.
AUTHENTICITY