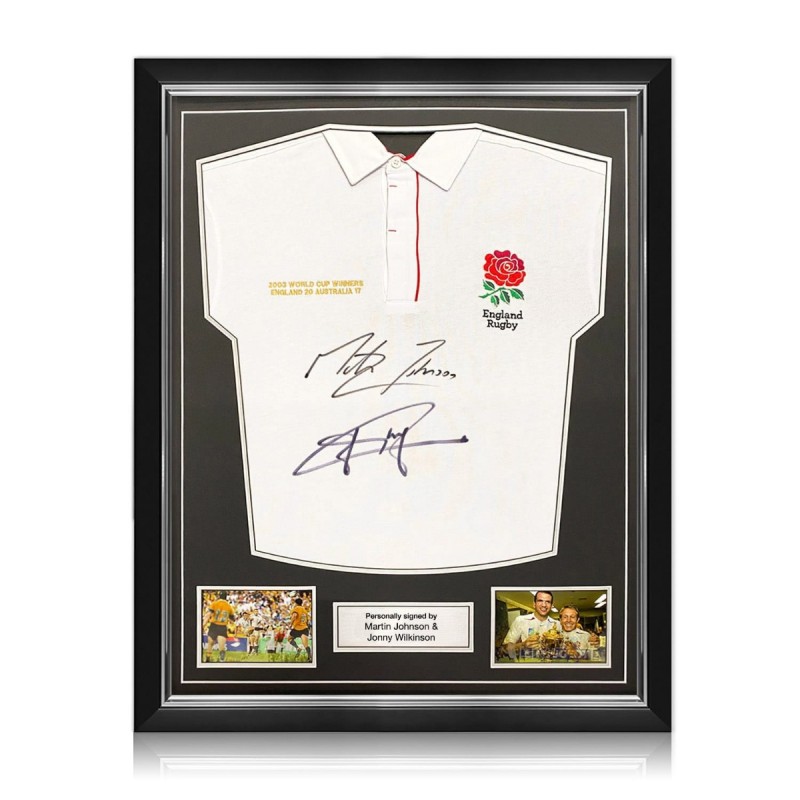 Service Rating
98%
942 reviews
certificate-default
OVERVIEWAUTHENTICITYDELIVERYREVIEWSFAQs
OVERVIEW
This England rugby shirt has been signed by former England captain Martin Johnson and fly-half Jonny Wilkinson. Johnson signed on July 31, 2019 in Exeter and Wilkinson added his signature on September 16, 2020 in Bagshot. They are both legends of rugby; Wilkinson's drop-kick in the dying seconds of the 2003 World Cup final won the game 20-17 against Australia, while Johnson was captain on that famous day.
AUTHENTICITY 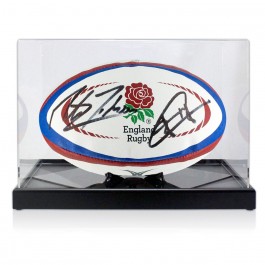 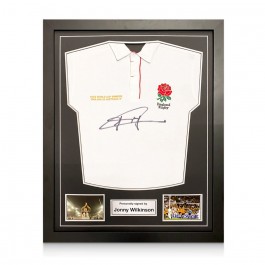 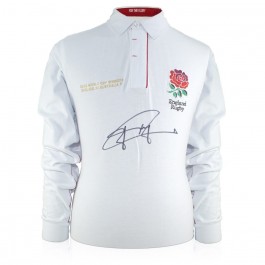 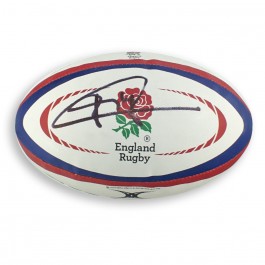 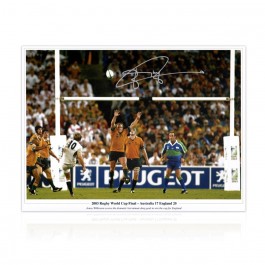 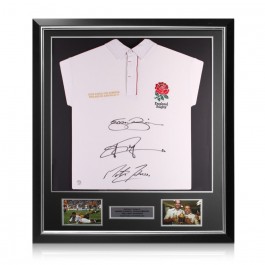 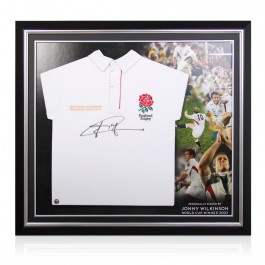 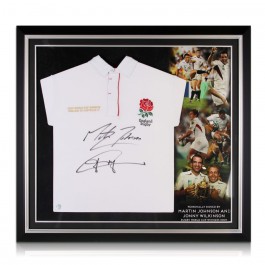