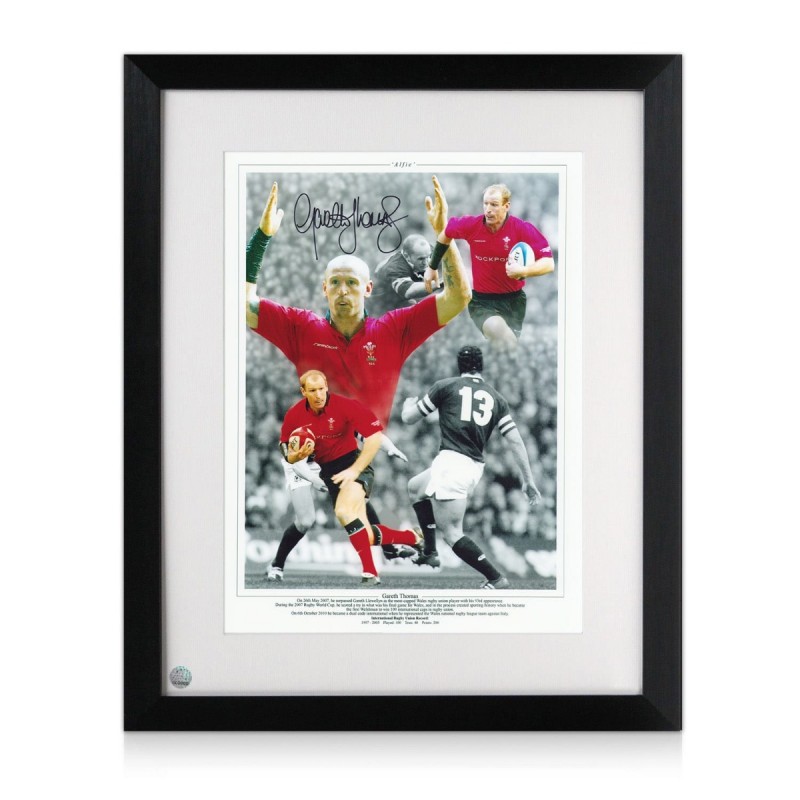 Service Rating
98%
942 reviews
certificate-default
OVERVIEWAUTHENTICITYDELIVERYREVIEWSFAQs
OVERVIEW
This Welsh rugby photo has been signed by Gareth Thomas on September 30, 2012 in London. Gareth represented Wales in both rugby union and rugby league. He was the most capped Welsh rugby union player with 100 appearances, until he was overtaken by Stephen Jones in 2011. Gareth scored 200 points for Wales during 1995-2007. He was also selected for the 2005 British and Irish Lions tour, where he was made captain for the second and third tests of the series.
AUTHENTICITY 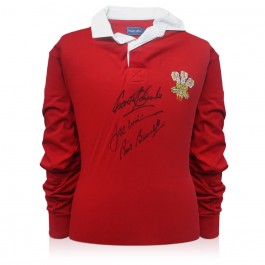 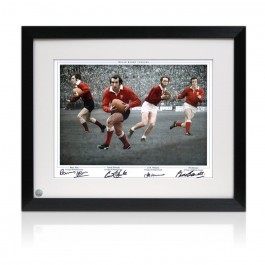 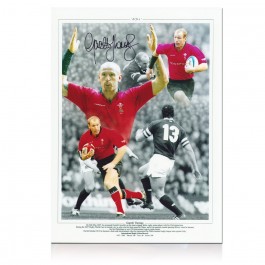 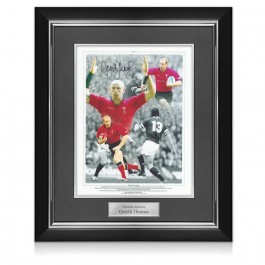 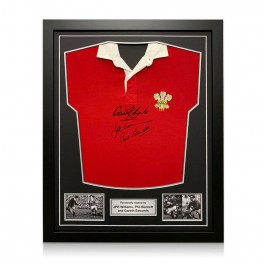 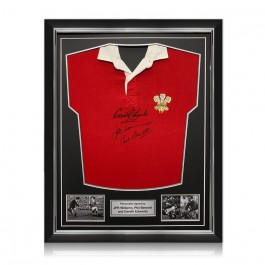