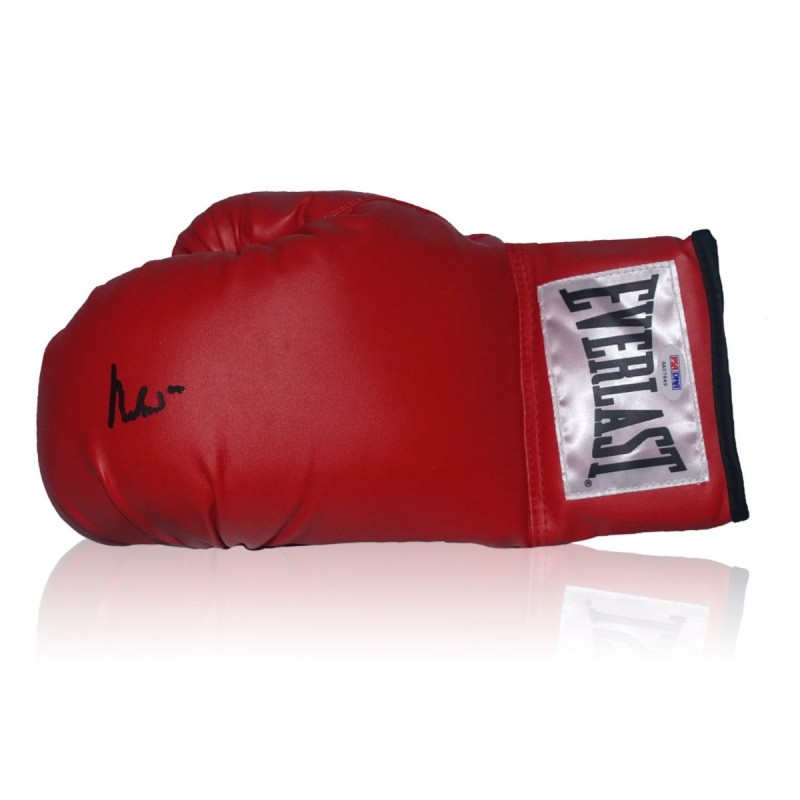 Service Rating
98%
942 reviews
psadna
OVERVIEWAUTHENTICITYDELIVERYPACKAGING & FRAMINGREVIEWSFAQs
OVERVIEW
This boxing glove was personally signed by Muhammad Ali, the greatest boxer of all time and a global icon. A fighter all his life, both in and out of the ring, he initially found fame as a champion boxer, celebrated for his unorthodox ring style and witty talk before, during, and after fights. But his charisma and commitment to social and political causes saw him transcend boxing to become one of the most famous people on the planet.
AUTHENTICITY

This item comes with certification from PSA DNA, the leading independent signature authenticators in the United States. The item was autographed in the presence of a PSA/DNA representative and is guaranteed to be authentic by PSA/DNA Authentication Services. The item has been permanently marked with a proprietary invisible DNA daub that will fluoresce under a patented laser lamp. Items witnessed and certified by PSA/DNA are assigned a seven digit alphanumeric certification number. Each number can be viewed at www.psadna.com or www.psacard.com.

As standard, your glove will be delivered in a protective cellophane sleeve. However, you can choose to have it delivered either in a presentation gift box, or a perspex display case, which not only look great but can be used to store the glove in the future.

You might want to make your signed glove look even more special by framing it, in which case you should consider our specialist framing service.

Deluxe framing, in an acrylic bubble dome, is offered in a black frame with either a gold or silver inlay with photos of the sports star in action mounted behind the glove.

If you choose to have your glove framed it will be sent straight to our specialist framers where it is expertly mounted and framed to create a striking presentation. It will then be sent direct to you by the framers using a secure, trackable method of delivery. Please allow an extra 10 working days for delivery of framed gloves. 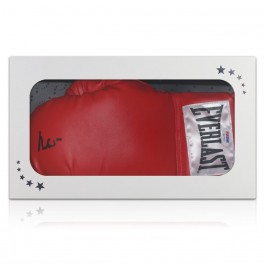 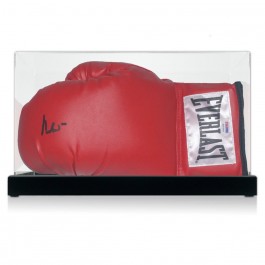