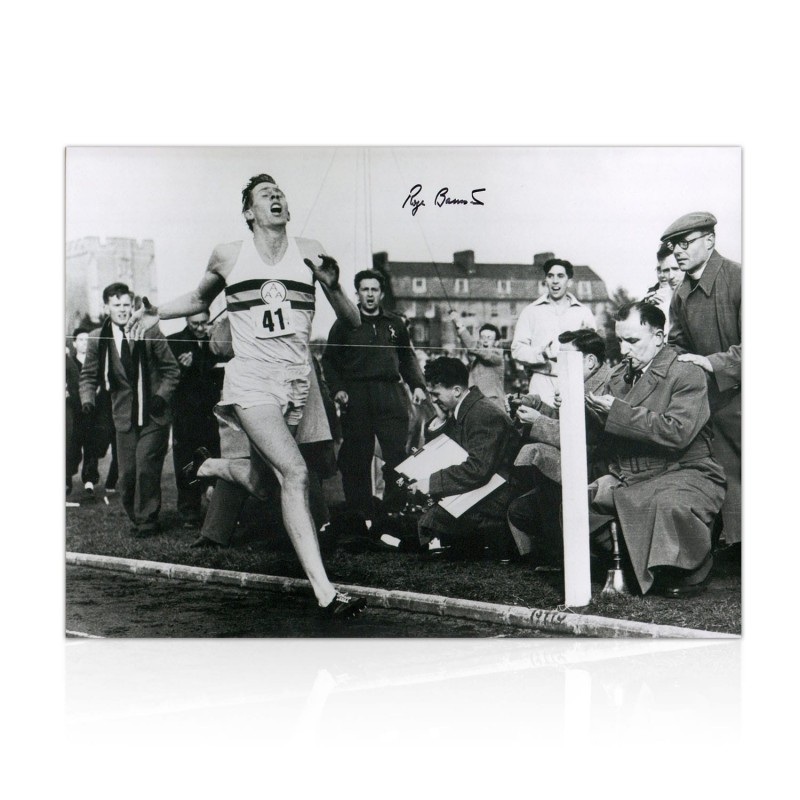 Service Rating
98%
942 reviews
certificate-default
OVERVIEWAUTHENTICITYDELIVERYPACKAGING & FRAMINGREVIEWSFAQs
OVERVIEW
This historic photo was signed by Sir Roger Bannister on September 19, 2017 in his Oxford home. It shows Sir Roger at the moment where he became the first man to run a mile in under four minutes. It was an incredible achievement, shaving two seconds off the previous world record for the mile. The event happened on May 6, 1954, during a meet between British AAA and Oxford University at Iffley Road Track in Oxford. It was watched by about 3,000 spectators. With winds up to 25 miles per hour before the event, Bannister had said twice that he favoured not running, and would conserve his energy to break the four-minute barrier at another meet. However, the winds dropped just before the race was scheduled to begin, and Bannister ran himself into the record books.
AUTHENTICITY 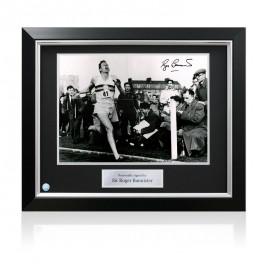