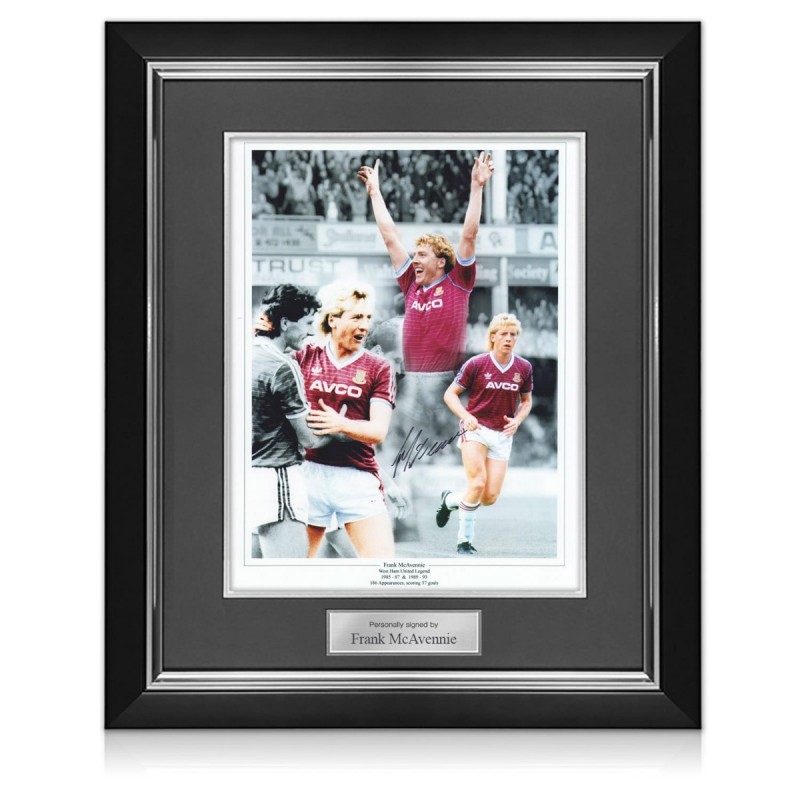 Service Rating
98%
942 reviews
certificate-default
OVERVIEWAUTHENTICITYDELIVERYREVIEWSFAQs
OVERVIEW
This montage was personally signed by Frank McAvennie on May 29, 2011. The Scotsman made 186 appearances for West Ham United over two separate spells with the club (1957-87 & 1989-93). In his first season, he helped West Ham to their highest ever final position in English football when they came third. McAvennie went on to score 57 goals in total for The Hammers.
AUTHENTICITY 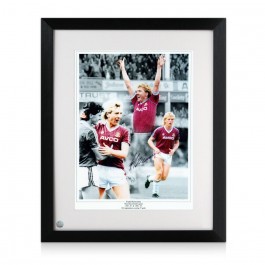