Jonny started his professional rugby career at Newcastle Falcons in 1997 and stayed at the club until 2009, winning the Premiership title in 1998 and the Tetley’s Bitter Cup in 2001. Jonny moved over to France in 2009 to play for Toulon, where he finished his playing career after winning back-to-back Heineken Cup titles.

He made his international debut for England at the age of 18 against Ireland during the 'Tour of Hell' in 1998. Jonny won four Six Nations titles with England during his 13 year international career. Wilkinson’s defining moment for England arrived at the 2003 Rugby World Cup when his iconic drop goal in the last minute of extra time broke Australia’s hearts in an unforgettable final in Sydney. It was England’s first and only World Cup triumph.

This is the second time we have held an Exclusive signing with Jonny and took place at the England rugby training HQ within Pennyhill Park. Jonny was once again great company, happily signing items and taking photos with the team. He signed a range of World Cup memorabilia including official shirts and photos of the winning drop kick. A limited number of rare official Nike player issue shirts from the 2003 RWC were also signed.

Jonny is pictured below with Exclusive's Charlie White. 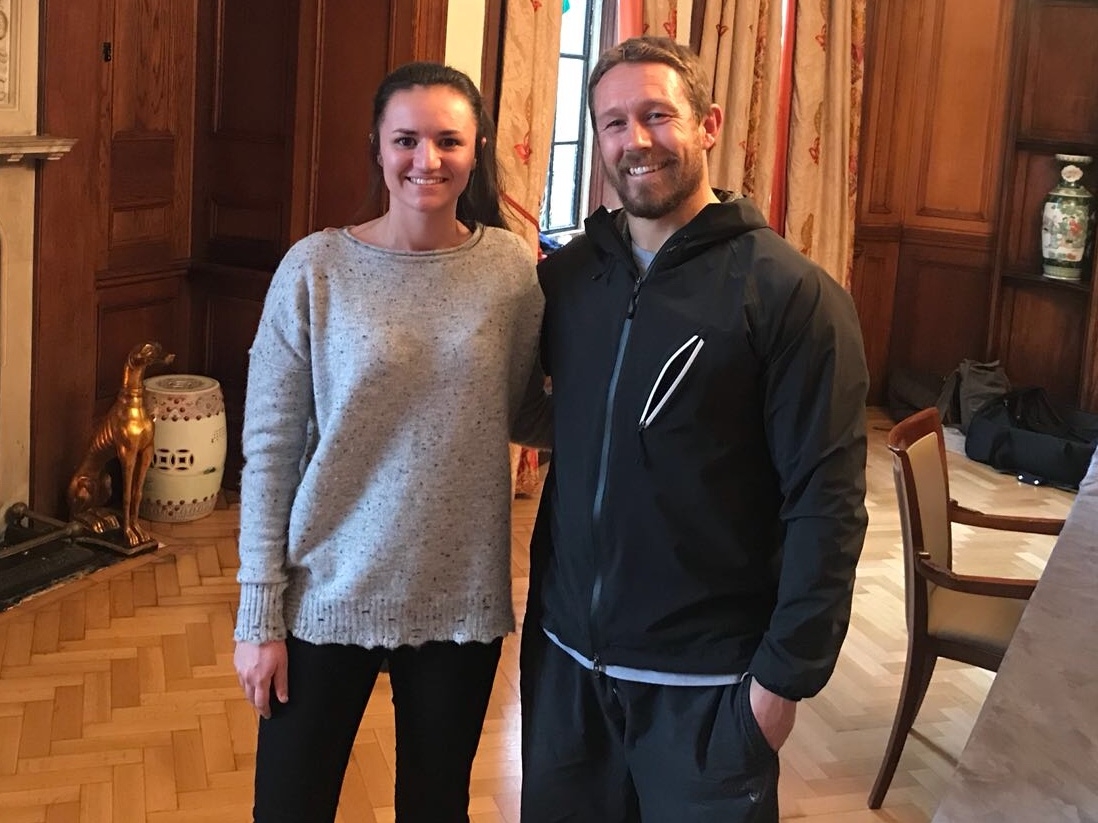