We are deeply saddened to hear of Sir Roger Bannister's passing on Saturday. We were very lucky enough to have met and worked with him on many occasions.

Bannister is best known for being the first man to run a mile in under 4 minutes. The moment took place on May 6, 1954, during a meet between British AAA and Oxford University at Iffley Road Track in Oxford. It was watched by about 3,000 spectators.

With winds up to 25 miles per hour before the event, Bannister had said twice that he favoured not running, to conserve his energy and efforts to break the four-minute barrier; he would try again at another meet. However, the winds dropped just before the race was scheduled to begin, and Bannister did run.

The stadium announcer for the race was Norris McWhirter, who went on to co-publish and co-edit the Guinness Book of Records. After the race he excited the crowd by delaying the announcement of the time Bannister ran as long as possible: 'Ladies and gentlemen, here is the result of event 9, the one mile: 1st, No. 41, R.G. Bannister, Amateur Athletic Association and formerly of Exeter and Merton Colleges, Oxford, with a time which is a new meeting and track record, and which – subject to ratification – will be a new English Native, British National, All-Comers, European, British Empire and World Record. The time was 3...'

The roar of the crowd drowned out the rest of the announcement. Bannister's time was 3 min 59.4 sec.

Bannister went on to become a distinguished neurologist and Master at Pembroke College in Oxford. When asked whether the four-minute mile was his proudest achievement, he said he felt prouder of his contribution to academic medicine through research into the responses of the nervous system. 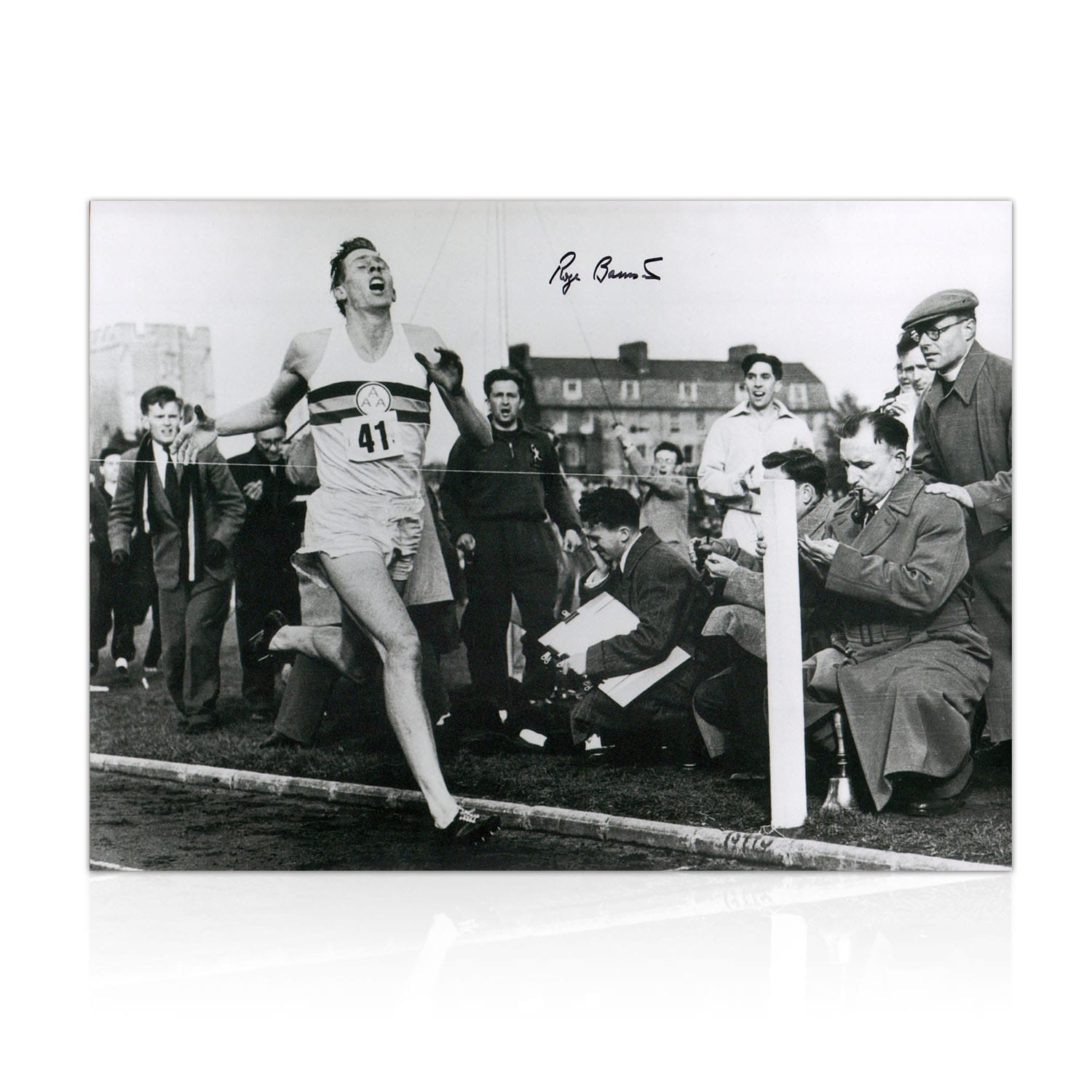