We're delighted to now be stocking our new range of Eric Cantona signed shirts after our recent exclusive signing session with Le King in Paris.

Eric signed a range of jerseys for us, including the ever popular 1996 Manchester United home shirt, both on the front and numbered on the back.

For the first time he signed the 1996 black away shirt for us, or 'The shirt for Kung Fu fans', as he described it.

Also available for the first time are home shirts from the 1994 FA Cup final, in which Cantona scored twice as United beat Chelsea 4-0.

Eric is pictured below at the signing with Exclusive director Tom Rollett. 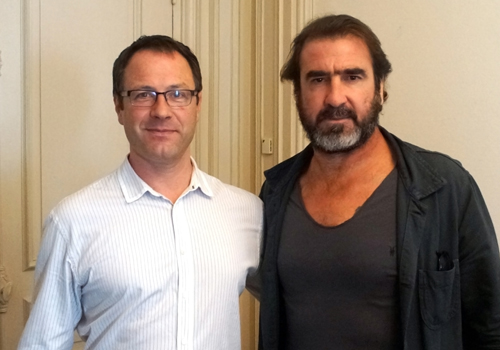