Is Ryan Giggs the greatest United player ever?

There are few players in world football as decorated as Ryan Giggs. In fact, there are none. The midfielder won 13 Premier League titles, four FA Cups, four League Cups, two Champions Leagues, one each of UEFA Super Cup, Intercontinental Cup and the Club World Cup. In all, he accumulated a grand total of 35 first team trophies by the time he retired from the game in 2014 – an all-time record.

The Welshman, son of a rugby league player Danny Wilson, moved to Manchester from Cardiff at the age of six as his father signed for Swinton RLFC. And it proved to be the beginning of a long love affair that finally ended after 36 years, although many contend that it won’t be for too long.

At the age of 12, Giggs joined Manchester City in 1985 and after two years with the Citizens he moved to their arch-rivals Manchester United in 1987. After three years in the reserve side of the Red Devils, Giggs made his first team debut in 1990 and became one of the leading members of the much eulogised “Class of ‘92”, which comprised of Manchester United stalwarts like the Neville brothers, David Beckham, Nicky Butt and Paul Scholes, and began their trophy gathering spree by winning the 1992 FA Youth Cup. 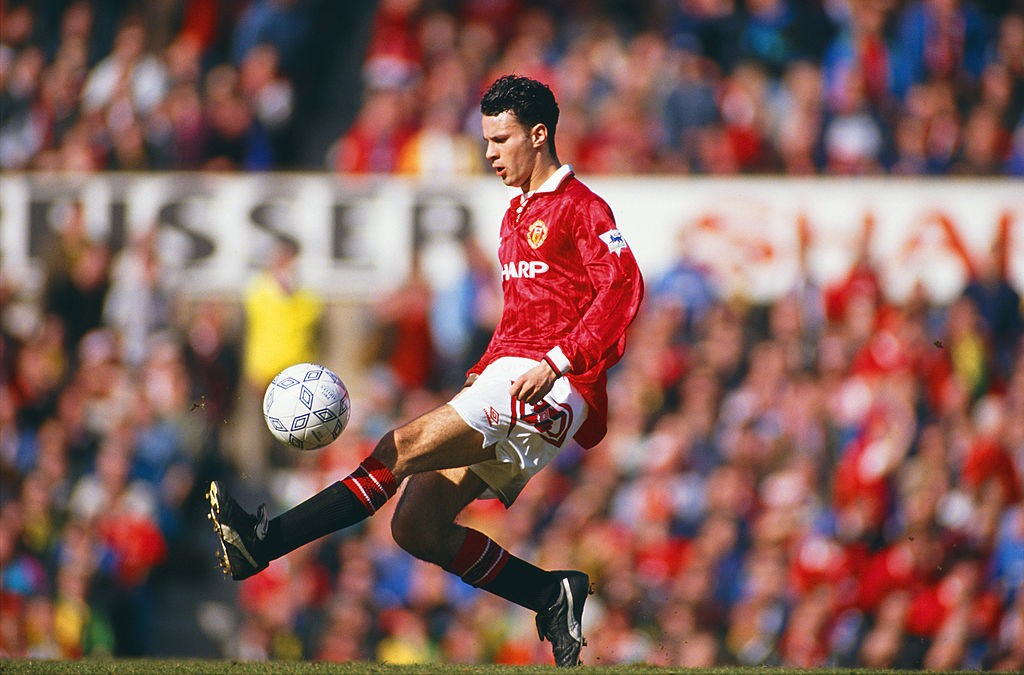 Giggs was an integral member of Sir Alex Ferguson’s side that captivated football fans for over 25 years and became a template for attacking panache and youth development that many clubs have tried to copy but very few have succeeded.

Giggs was a versatile player, capable of being deployed in several positions but he thrived most as a midfielder and that is where he spent the majority of his playing career. A driving force for Manchester United, Giggs was the living embodiment of everything that the club stood for, and thus he became a symbol of the Red Devils.

He showed signs of his talents very early on as he became the first player to win consecutive PFA Young Player of the Year awards – in 1992 and 1993. His longevity saw him become the only player to play in the first 22 seasons of the Premier League as well as the only one to score at least one goal in the first 21 seasons.

Manchester United have been blessed with some exceptional players over their long and storied history. From the venerable Duncan Edwards to the smooth George Best, from Denis Law to the legendary Sir Bobby Charlton to the enigmatic Frenchman Eric Cantona and the more recent phenomenon Cristiano Ronaldo, there have been many players who have endeared themselves to the Old Trafford faithful.

Giggs takes a pride of place amongst those greats and looking at his numbers, trophy tally and the overall impact on the club, the Welshman makes a strong case for being regarded as the greatest Manchester United player ever.

On Sunday August 7th 2016 - we held a signing session with Ryan, where he signed 7 different collections of shirts and photos for us.