These include some very rare dual signed Kenny Dalglish and Ian Rush shirts; 1984 European Cup final shirts, and 1986 Liverpool shirts, the year they won their first league and cup double.

We also have some classic images of Ian scoring against Everton in the 1986 FA Cup final, including a limited edition run of photos where he has added the score after his signature.

Ian is shown below with Exclusive Memorabilia director David Holland. 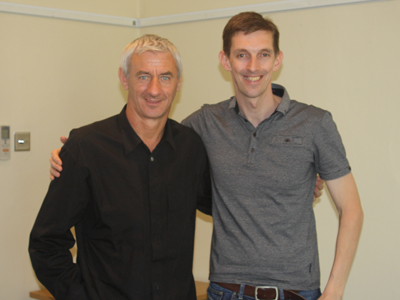