We're delighted that Kevin Keegan completed his first signing session for Exclusive Memorabilia this week. Kevin signed a range of shirts and photos for us, on a brief visit back to England while taking a break from his World Cup punditry in Qatar.

We now have in stock signed Newcastle United shirts from his glorious 1984 season, signed Liverpool shirts from the title-winning 1973 season and signed England shirts from the 1982 World Cup. Kevin also signed photos of his debut goal for Newcastle against QPR, and we have some very rare dual signed shirts with fellow Newcastle legend Paul Gascoigne.

Kevin is pictured below with Exclusive Memorabilia directors Tom Rollett and David Holland. 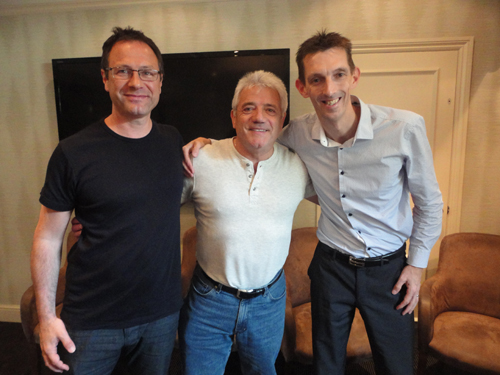