The 2019 Rugby World Cup will soon be here and 20 nations will be battling their way to lift the iconic William Webb Ellis Trophy.

It is the first time the tournament will be held in Asia. The opening match kicks off on Friday, September 20th and will see Russia take on the hosts Japan, in Tokyo.

With the excitement of the Rugby World Cup taking over the office, the team at Exclusive Memorabilia have selected our favourite signed rugby memorabilia. 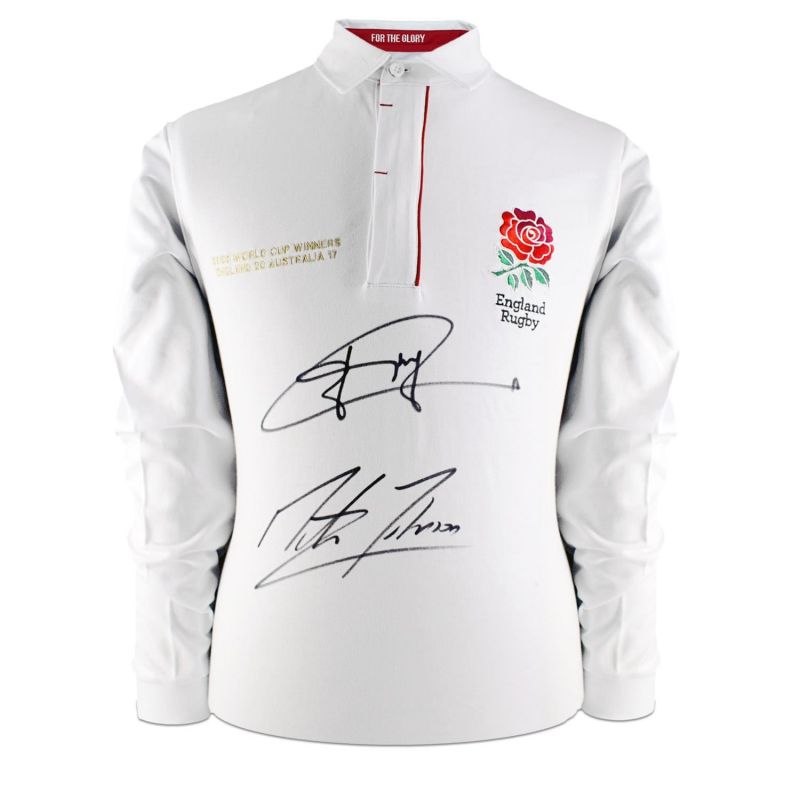 Captain Martin Johnson and game winning fly-half Jonny Wilkinson were an integral part of England winning the World Cup in 2003.

The shirt is a company favourite bringing the signatures of two incredible players on one shirt. The perfect gift for any England rugby fan. 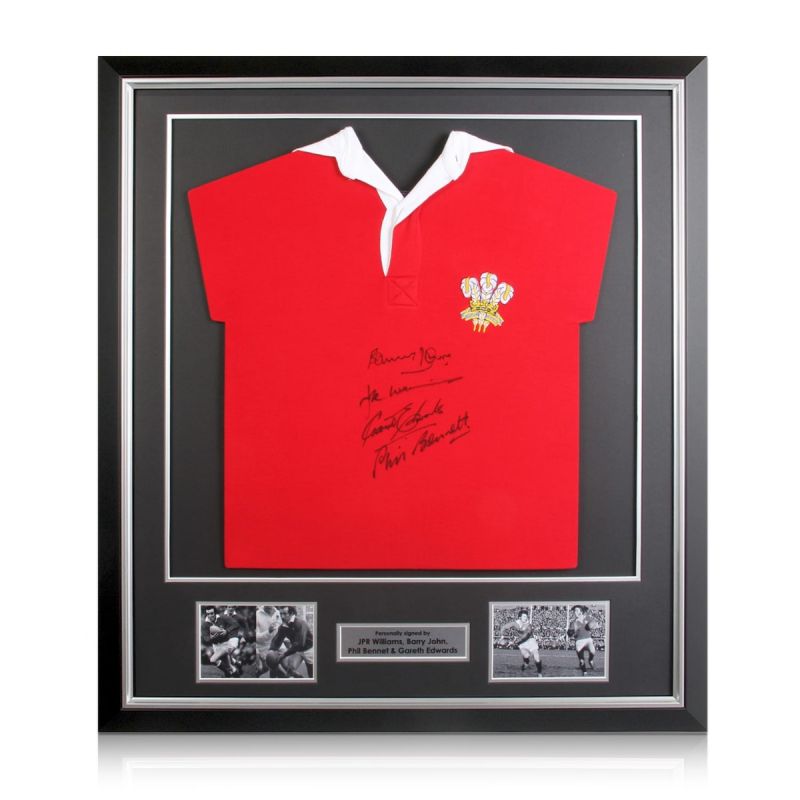 The shirts has been signed by Sir Gareth Edwards, who has been described as one of the greatest players of all times and the scorer of ‘that try’; - JPR Williams, one of a small group of Welsh players to win three grand slams and continued playing until he was 50 years old; - Phil Bennett, the Welsh Fly-half that scored an incredible 45 metre try against South Africa in Pretoria and Barry John also known as ‘The King’.

Any Welsh rugby fan will love this beautiful signed shirt. 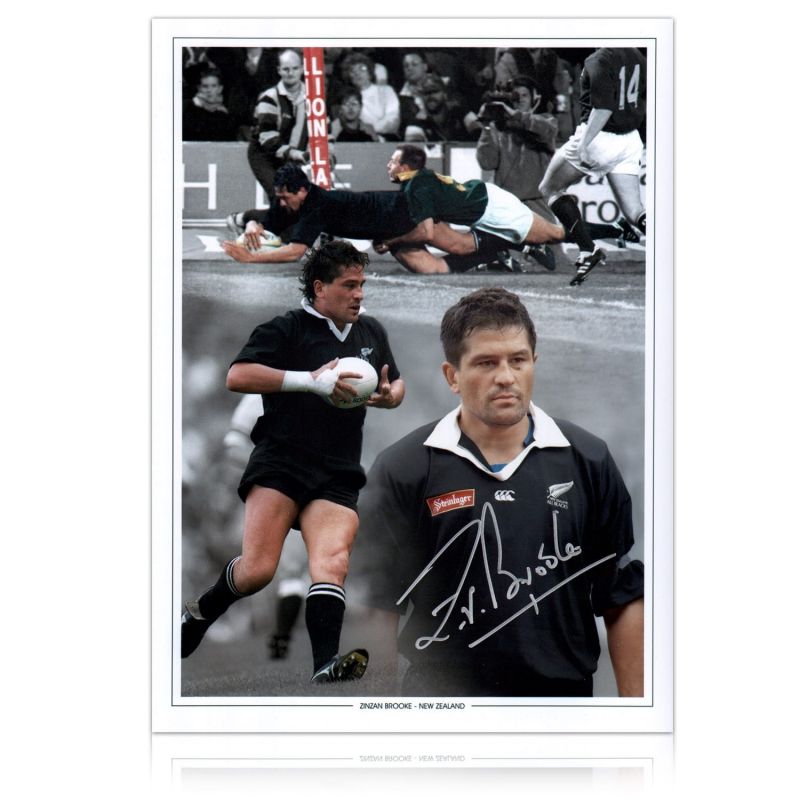 An impressive signed photo from the great All Black number 8.

Zinzan held the record for scoring the most tries as a forward in 58 tests. The impressive record held until 2015.

He was part of the New Zealand team that won the Rugby World Cup in 1987. One of the most memorable moments was him scoring a 50 metre kick in the 1995 semi-final victory over England.

A must have for an All Black supporter. 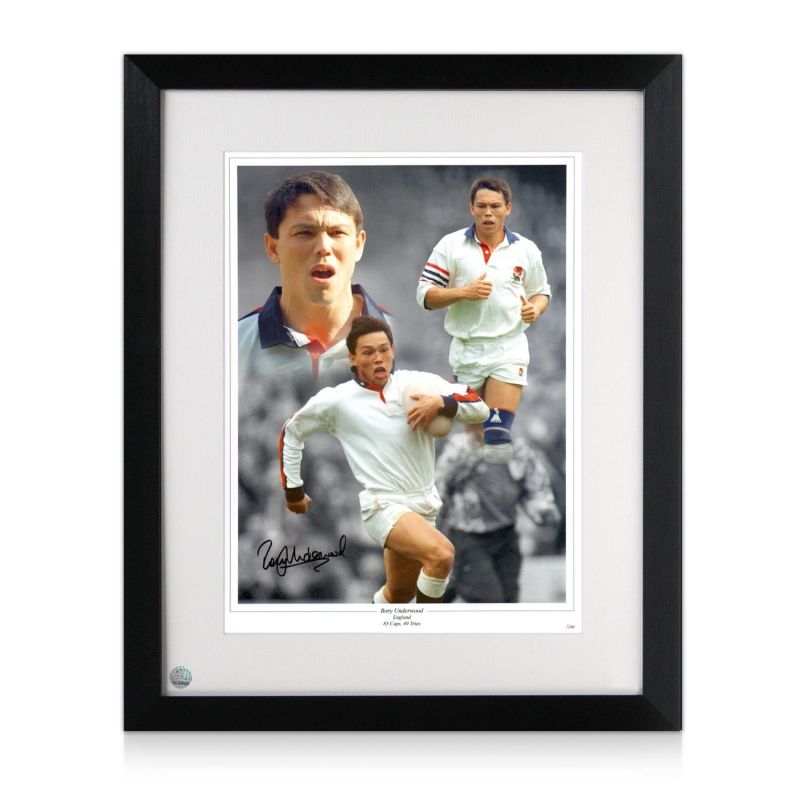 One of the greatest wings in rugby.

This beautiful montage of the prolific winger looks great on any wall. 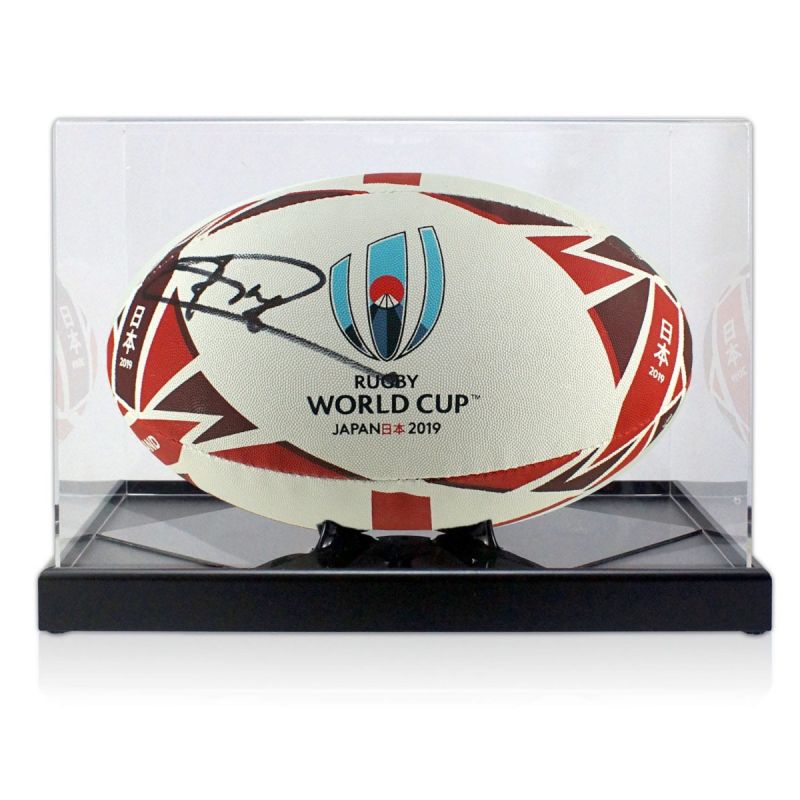 The latest World Cup Rugby ball signed by the one and only Jonny Wilkinson.

Kicking the winning drop goal at the World Cup in 2003, there is nothing more fitting than a signed official rugby ball.

The replica ball will be used by the teams playing for the trophy in Japan.

A perfect gift for any rugby fan.

The World Cup is set to be a great one and we are looking forward to World Cup fever.

Stuck for a rugby gift? Contact us and let us help you choose the perfect gift.