We're very happy to announce that we have held a private signing session with Manchester United legend, Paul Scholes! The signing took place on March 20, 2021 in Manchester, with all COVID safety precautions put into place. 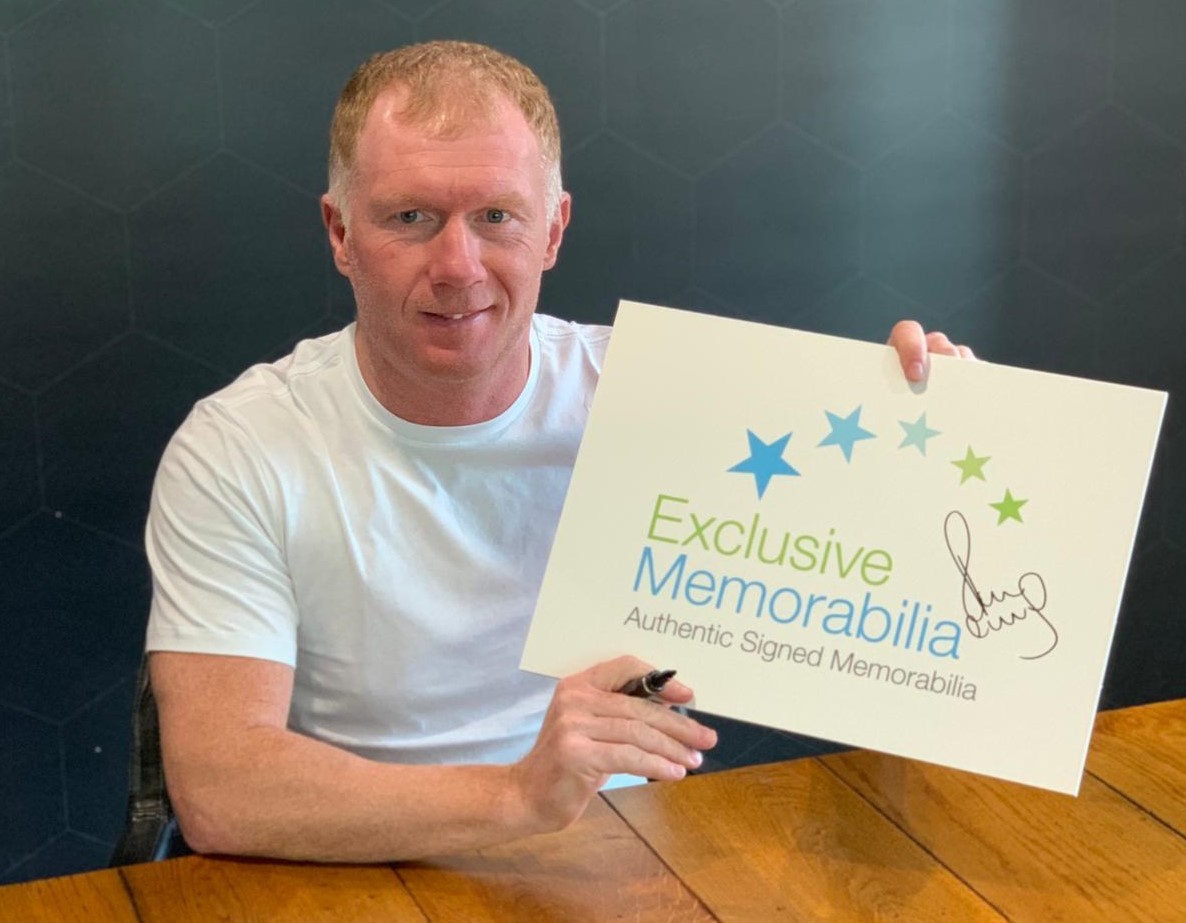 Scholes was the ultimate one-club player, spending his entire career at Manchester United. He played 718 times for United, the third highest number in the club's history after Ryan Giggs and Bobby Charlton. In that time he scored 155 goals, won 11 Premiership titles, two Champions Leagues, three FA Cups, one Intercontinental Cup and one FIFA Club World Cup.

Scholes turned professional on July 23, 1993, but did not break into the senior squad until the 1994-95 season. The following campaign, Scholes cemented his place as a first-team regular and United won the league and FA Cup double. He won another trophy the following season, when he also adopted the number 18 shirt that he wore until his temporary retirement.

He was a key player alongside Giggs, David Beckham and Roy Keane as United won their famous treble in 1999, scoring in the FA Cup win over Newcastle. Sadly for Scholes he was suspended for the famous 2-1 victory over Bayern Munich in the Champions League final. Victory over Chelsea in the same competition nine years later, was all the sweeter for that earlier disappointment.

Scholes was hugely successful at international level, winning 66 caps and scoring 14 times. He had plenty of highlights in an England shirt, most notably a hat-trick against Poland in 1999, plus a brace of goals against Scotland in a Euro 2000 play-off match.

Paul signed a range of items for our team, starting with iconic Champions League photos of Scholes scoring against Barcelona in the 2008 semi-final and an image of him holding the UCL trophy after United's win against Chelsea in the final!

Paul also signed a number of 2012-13 Manchester United home shirts. 2012-13 was Scholes' final season for the club, during which United won the league title for a record 20th time. These shirts can be framed in multiple different styles, bought in a gift box or purchased on it's own.

He also signed two different official Manchester United footballs- one in red and the other in white. Nike football boots and Old Trafford stadium signs were also signed at the private signing session.

You can view the whole signed Paul Scholes collection here!