The 2020 Six Nations Championship kicks off this weekend with England, Wales, Scotland, Italy and France going head to head. The tournament will continue over five weekends, with the final games all being played on “Super Saturday” 14th March. 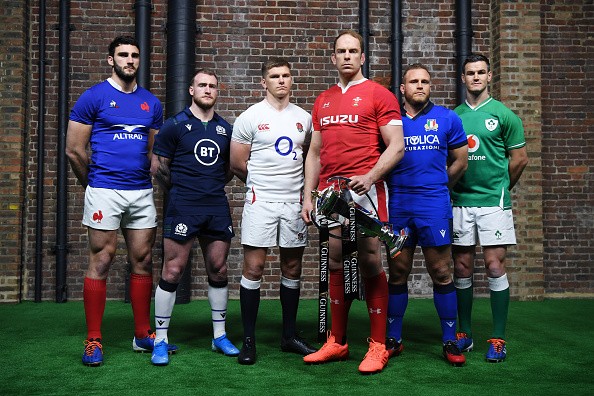 The current reigning champions are Wales. They won every single game in the tournament last year, meaning they won the Grand Slam and the Triple Crown. Can they replicate the same success this year? After the teams disappointing form in the World Cup, it may not be as likely. With new Head Coach Wayne Pivac taking over from Warren Gatland, the squad seem to be in a period of unknown. However, the team’s captain Alun Wyn Jones has said there’s an exciting mix of players for selection and the team has already hit the ground running with the new coaching staff.

The bookies unsurprising favourites coming into the competition are England. After an incredible run in the World Cup which lead them to narrowly missing out in the final against South Africa, the English squad are the ones to beat. With multiple injuries for some of Eddie Jones World Cup heroes including Billy Vunipola and Henry Slade, new faces have had to be added to the squad for the first time. With no set number 8 and uncapped young players being brought in, the Championship could be won or lost depending on how the team adapts within the games.

England start their campaign against a hungry French team in Paris who, with their new head coach Fabien Galthié, are hoping to continue their strong form from the World Cup as well. France have selected a young squad, players who have been playing extremely well in domestic leagues games and are looking to transfer this to the international team. Eddie Jones has said that these young players will struggle however against other teams- “It is going to test those young players because they will have never played against a brutal physicality and intensity that we are going to play with.” “At stages they are going to be looking at each other wanting to know where the answers are going to come from. There are not too many of them who have experienced that before.” Charles Ollivon is set to make only his 12th international cap, but the Toulon flanker has been backed by Galthié to captain the side throughout the 2020 tournament. All eyes will be on the Stade De France for their first game on Sunday against England.

At the beginning of 2019, Ireland were the number 1 team in the World according to World Rugby Rankings. They had beaten the formidable All Blacks a few months prior and had Johnny Sexton (World Rugby Player of The Year 2018) playing as fly-half and Rory Best leading the team. However, they have since slipped dramatically back down the rankings board after a series of losses. The team blew out of the Rugby World Cup quarter finals after losing to Japan and New Zealand. New head coach Andy Farell is determined to change Ireland into a more consistent team and has his eyes set on their first game of the tournament against Scotland in Dublin, which is set to be a tough test for both squads.

Scotland’s World cup issues meant that they will come into this tournament as one of the underdogs. The team were knocked out of the World Cup during the pool stage after losing to Japan in the final game. With Laidlaw retiring from international duties, Scottish fans are hoping Stuart Hogg can step into his new captaincy role quickly and help the team make progress within the competition. With only two home games (England and France) it could be a tough tournament for them.

Italy have mostly been written off by most for this tournament while they’re still “rebuilding” the squad and their coaching staff. Interim head coach Franco Smith wants the team to ensure that legendary Sergio Polledri gets the best send off before his imminent international retirement, so expect emotions on his final game. Unfortunately, the last Italian victory in the tournament was against Scotland in Edinburgh in February 2015 and many are not expecting this to change…

To help you get into the rugby spirit, we're giving 10% off select rugby memorabilia until 7th February 2020!