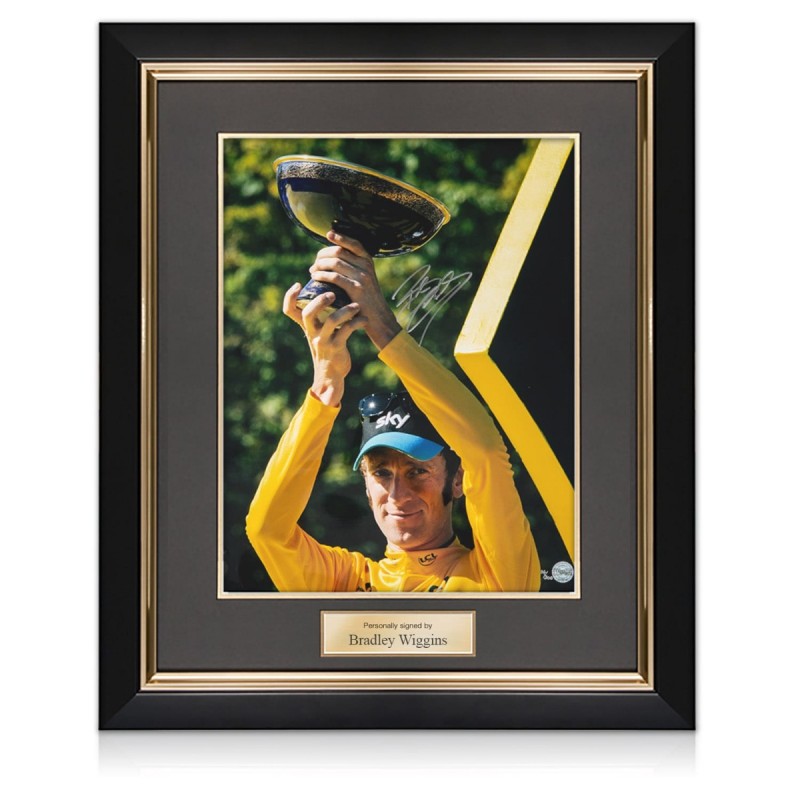 Service Rating
98%
942 reviews
innovative
OVERVIEWAUTHENTICITYDELIVERYREVIEWSFAQs
OVERVIEW
This superb photo has been personally signed by cycling legend Sir Bradley Wiggins on December 13, 2012 in Majorca. Wiggo made history in 2012 when he became the first Briton to win the Tour de France, cycling's most prestigious and gruelling event. From the opening time trial, to the finish on the Champs-Elysees, Wiggins dominated the race. In the process, he won the hearts of the French public, who christened him "le Gentleman" for the sporting way in which he conducted himself. Wiggins famously slowed the peloton to wait for Cadel Evans, the defending champion, after the Australian rider had suffered three punctures from carpet tacks thrown onto the road by a spectator. And on the final stretch of the Champs-Elysees he unselfishly risked himself and his title by leading out team-mate Mark Cavendish in a bunch sprint, to give him a chance of a stage victory. Sir Chris Hoy described it as "the greatest individual achievement in the history of British sport" and it is hard to disagree.
AUTHENTICITY

This piece of signed memorabilia is supplied with a Certificate of Authenticity from our partners at Innovative Sports, who held the licence for signed memorabilia at the 2012 Olympics and also conducted a signing with Sir Bradley of Tour de France memorabilia. A hologram will also be affixed to the product. 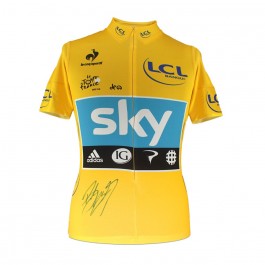 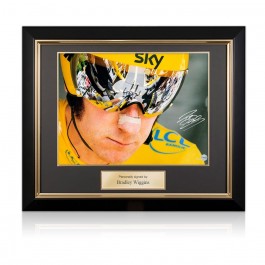 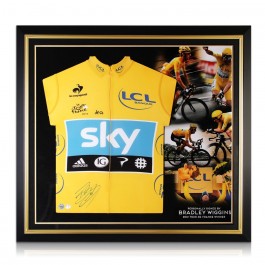 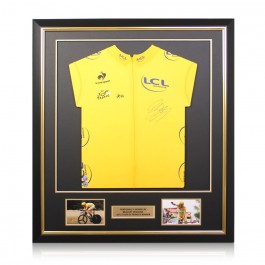 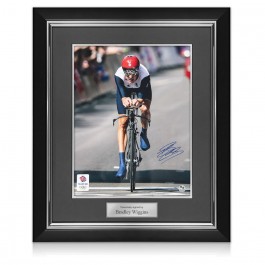 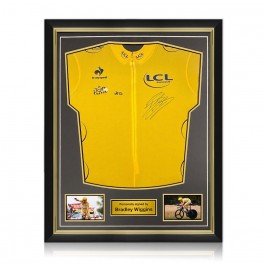