Service Rating
98%
580 reviews
certificate-default
OVERVIEWAUTHENTICITYDELIVERYPACKAGING & FRAMINGREVIEWSFAQs
OVERVIEW
This superb photo was personally signed by motorcycle legend Carl Fogarty on September 30, 2016 in Whitehaven, England. It shows him celebrating after victory. Foggy is the most successful World Superbike racer of all time. Now retired, he was renowned for his high corner speed riding style and his aggression, which netted him 59 victories and four World Superbike Championships (1994, 1995, 1998 and 1999). His greatest success came with the factory Ducati team. He was awarded an MBE in 1998's New Year's Honours List.
AUTHENTICITY 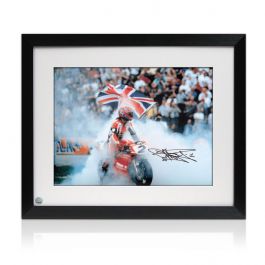 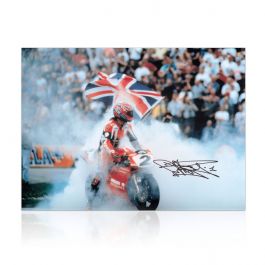 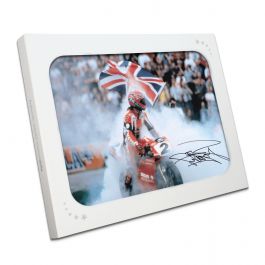