Geraint Thomas has a memorabilia collection that would be the envy of most collectors.

Geraint is a huge Arsenal fan and swapped one of his yellow jerseys (he has 12 from the 2018 tour) with ex-Arsenal star Giroud.

His victory in the 2018 Tour De France has catapulted him into super stardom but with his relaxed cheerful manner you would never realise you were in the same room as one of the World’s greatest sportsmen.

Signing the official replica Le Coq Sportif 2018 TDF yellow jerseys, at his recent official session with Exclusive Memorabilia, he explains how insane it was that 10,000 people turned up to see a cyclist at his Cardiff homecoming parade.

Having completed the Tour of Britain where he admits he didn’t have his ‘legs’ after his success in France, Geraint signed a new three- year contract at Team Sky and the way he talks about his teammates including Chris Froome, Luke Rowe and Wout Poels you can see the strong bond and camaraderie that exists within the team.

Geraint signs a number of iconic images from the 2018 tour and, while signing an image of him crossing the line at the end of the time trial on the penultimate day where he sealed his victory, he tells us how he was surprised by his wife Sara and managed to drip sweat all over her new red dress!

If you fancy your chances of competing with him in the 2019 Tour De France all you have to do is cycle the equivalent of London to Cairo in three weeks at an average of 25 miles per hour. 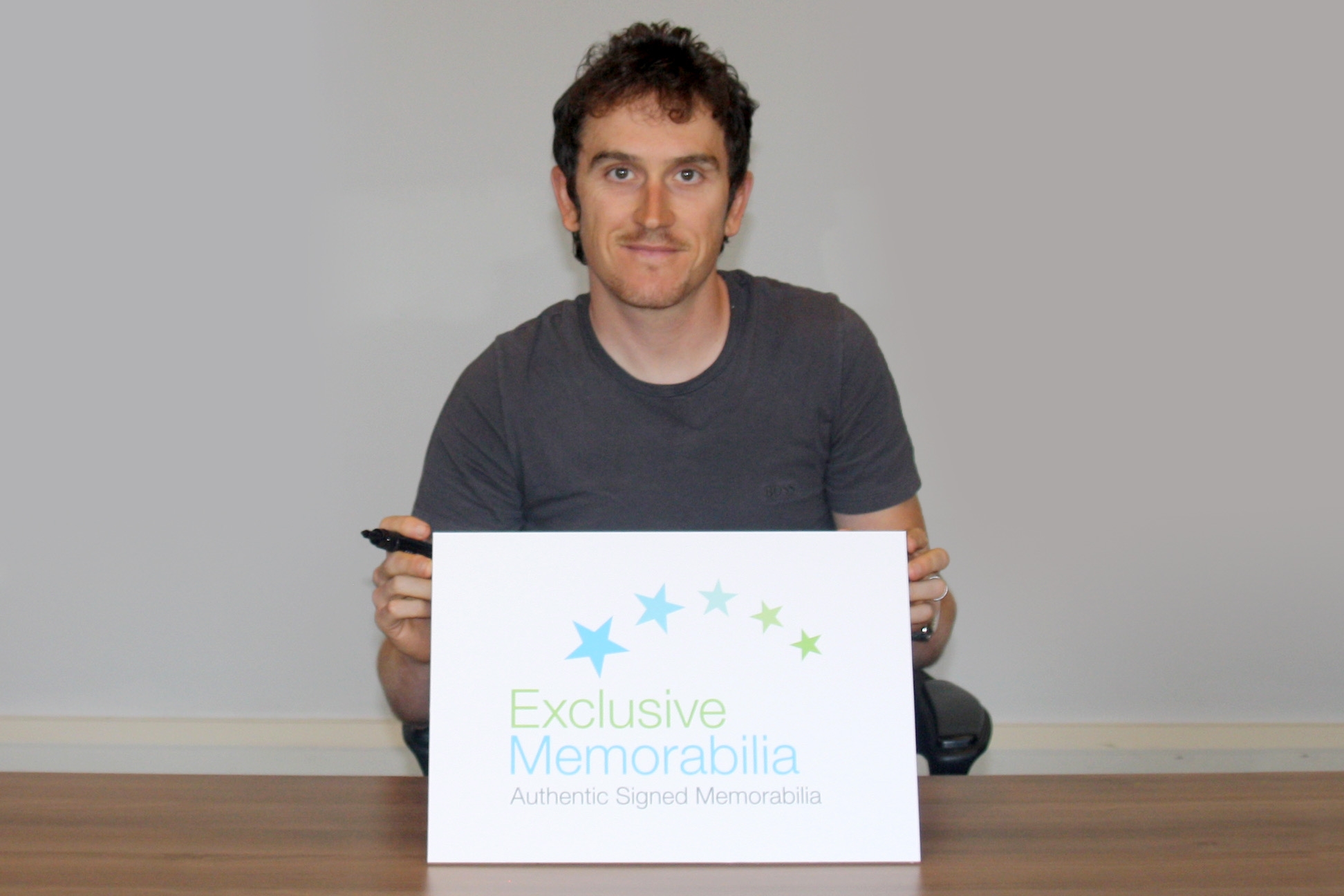