Martin Johnson signs with us again!

We are happy to announce that we have held another signing session with Martin Johnson!

Martin joined us at our new office/warehouse space in Exeter for a private signing on October 17, 2018.

The Rugby World Cup winner arrived promptly and happily re-introduced himself to the team. The signing started with Martin signing one of each product and taking signing photos.

The signing latest roughly 3 hours, which was predominantly spent talking about cycling with Exclusive's Director David Holland. With both being 'cycling obsessed' the pair chatted for hours about Johnsons multiple bikes, his previous excursions and Tour De France winner Geraint Thomas.

Martin spoke about his favourite NFL team (San Francisco 49ers) and their poor start to the season this year, along with the upcoming rugby autumn international fixtures.

Martin signed a range of shirts, prints and rugby balls for us including British and Irish Lions memorabilia for the first time. The former Captain also dual signed a range of items already signed by former England Rugby team mate and World Cup winner, Jonny Wilkinson. 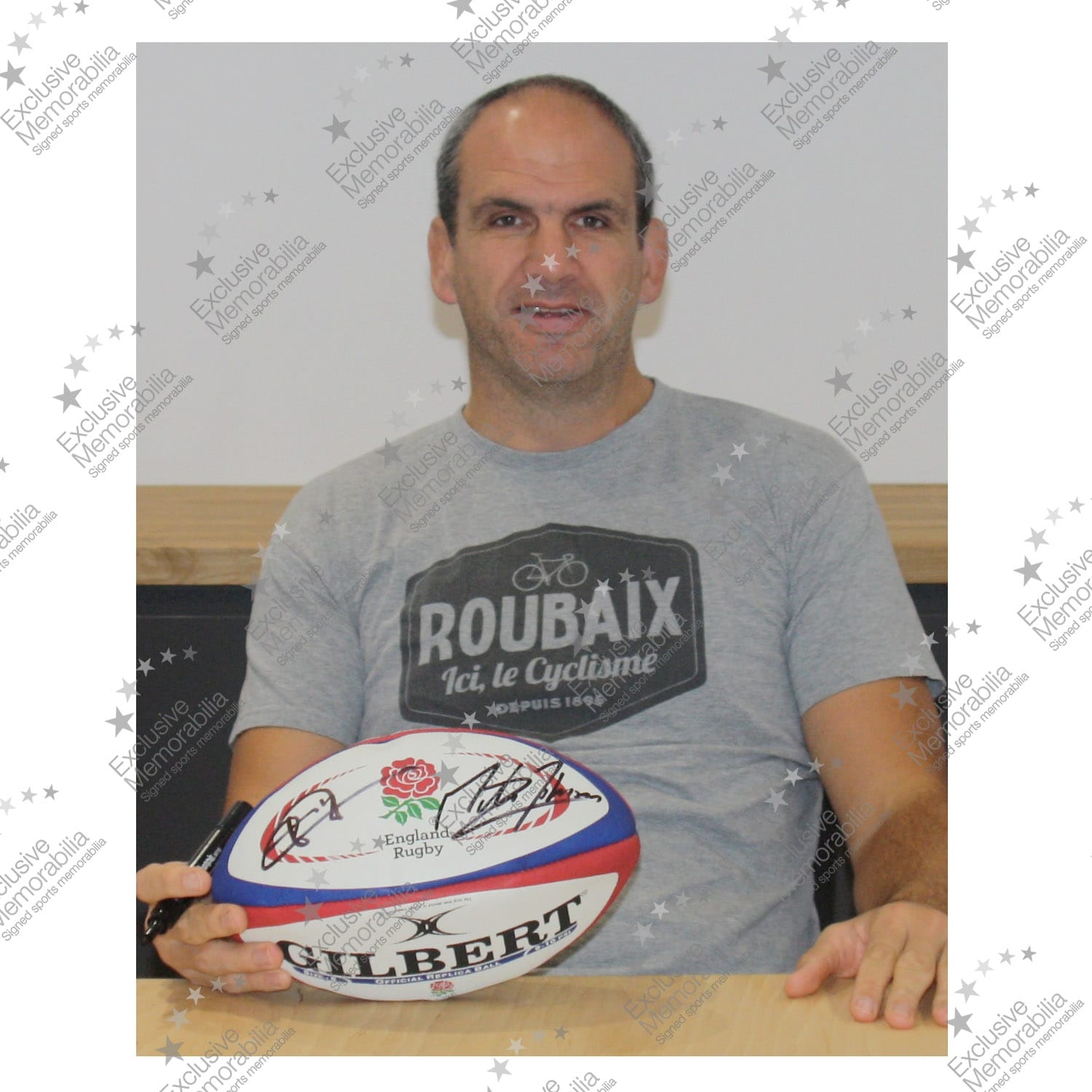