We are happy to announce that on January 12th 2019, we held a private signing session in Barcelona with Andres Iniesta.

Andres Iniesta is widely considered to be one of the best players of his generation and one of the greatest midfielders of all time. The midfielder spent 16 seasons at Barcelona, winning 31 trophies including four Champions League titles. Andres Iniesta also won the 2010 World Cup, Euro 2008 and Euro 2012 with Spain.

The Barcelona legend signed a range of shirts for us including 2014-15 season Barcelona away shirts. The 2014-15 season was the most successful season in the club's history, as they clinched the Treble by winning La Liga, Copa del Rey and the UEFA Champions League.

The full range of Andres Iniesta memorabilia can be found here. 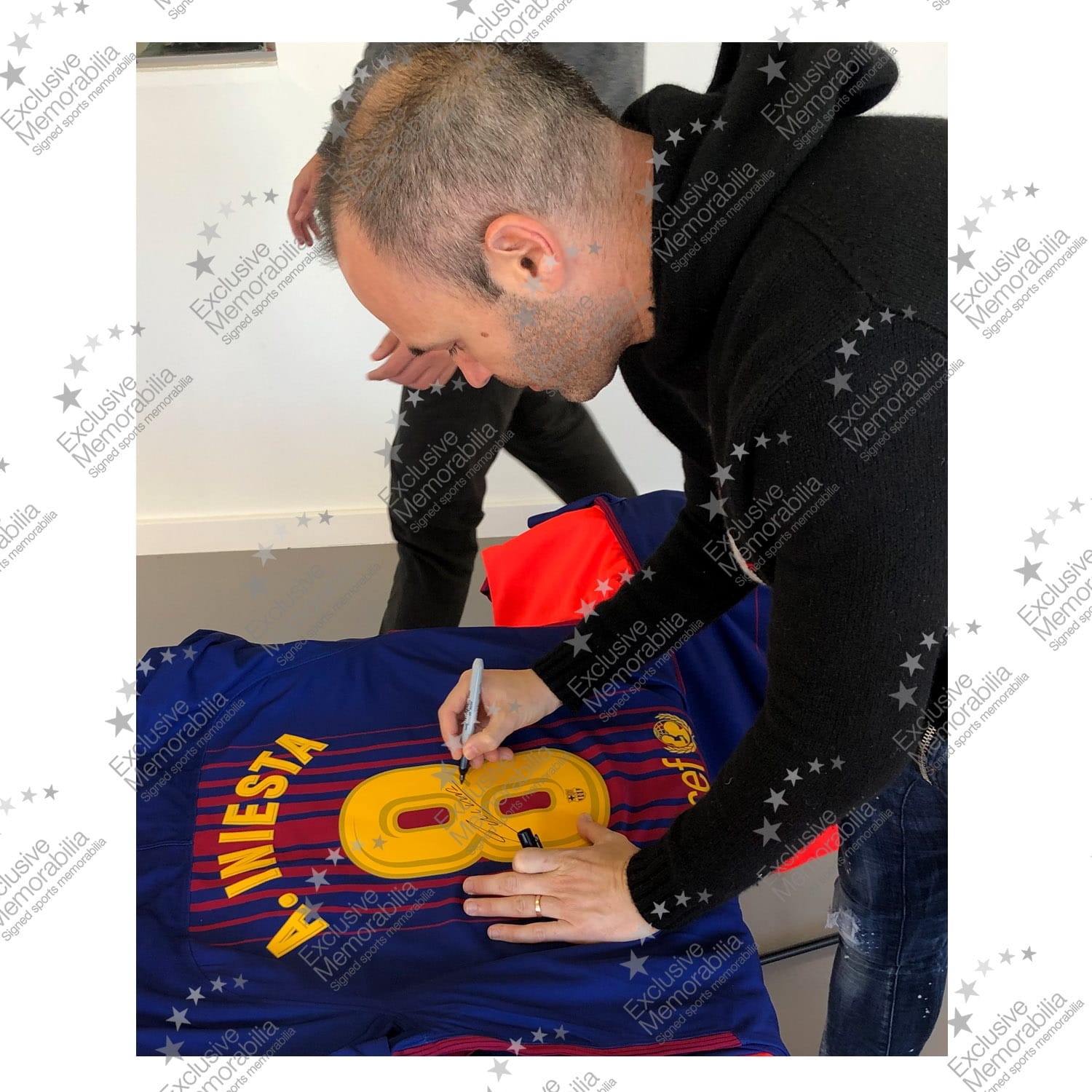