On June 2, 2018 we held a private signing session with Sergio Ramos in Madrid.

We me up with the Real Madrid captain at his house in Madrid early in the day. He signed a range of shirts for us including official 2017-18 Real Madrid Champions League final shirts, which are complete with UEFA and FIFA patches.

Sergio Ramos is one of the best and most decorated defenders of all time. As captain of both Real Madrid and Spain, he has won four Liga titles, four Champions Leagues trophies, the World Cup and two European competitions. 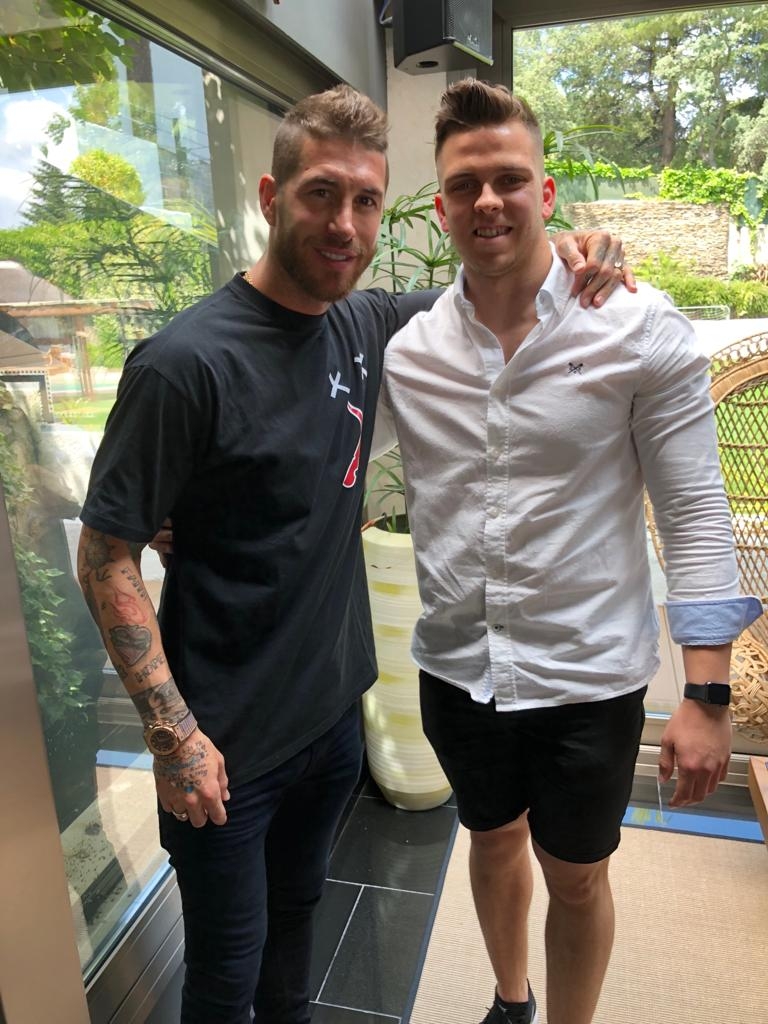