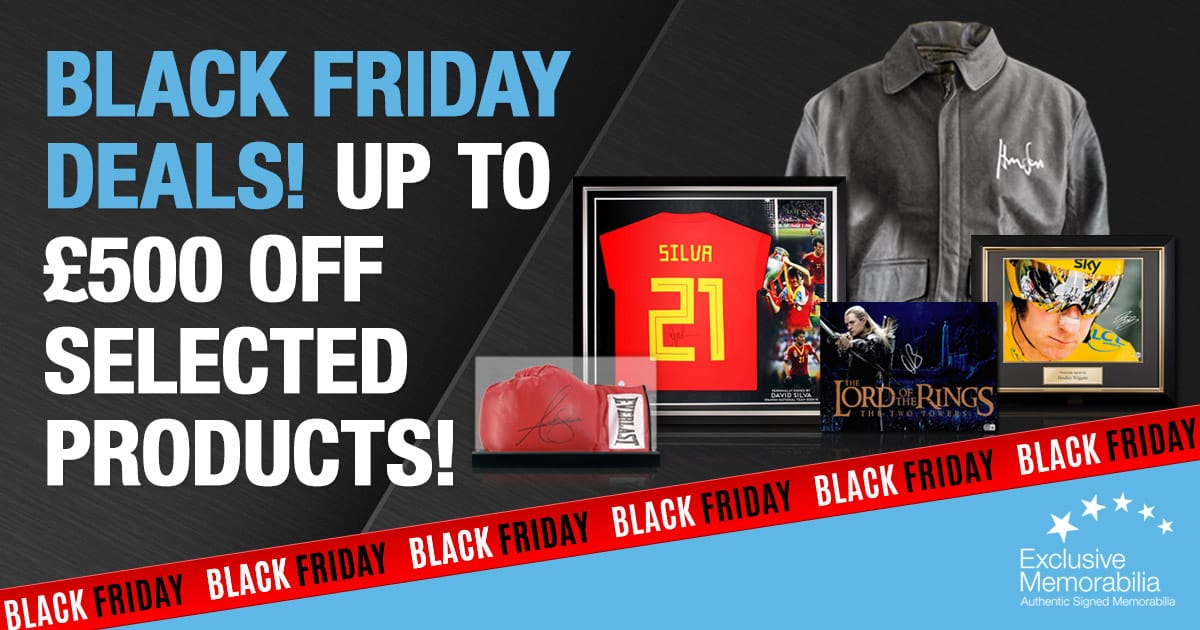 Get up to £500 off incredible select memorabilia until Cyber Monday. Grab a bargain today!

Two of the greatest boxers in British history! Both fighters are two-time World Heavyweight champions in the ring, with Fury currently holding the the WBC and The Ring magazine titles. Grab a bargain with £250 off this dual frame!

A collectors item! This leather jacket is an authentic reproduction which has been hand-cut based on the original patterns for Harrison Ford in the film Raiders of the Lost Ark. Considered as one of the greatest action-adventure films ever made, this jacket hails from the first film in the Indiana Jones franchise. We're giving a huge £500 of these limited edition pieces up until Cyber Monday or until stocks last.

Silva is a Manchester City legend, with over 300 appearances and 60 career goals. On the 26th of July 2020, Silva played his final Premier League game for Manchester City, in a 5-0 thrashing of Norwich City. Get a huge £175 off this incredible Man City boot presentation- which celebrates the Spaniards time at the club perfectly.

In 2021 Rangers clinched the Premiership title, their 55th Scottish championship. Kent scored 27 goals for Rangers in his first three seasons with the Scottish giants. A perfect piece of history for any Rangers FC fan- with £50 off until Cyber Monday!