﻿﻿ ﻿﻿
The store will not work correctly in the case when cookies are disabled.
Menu 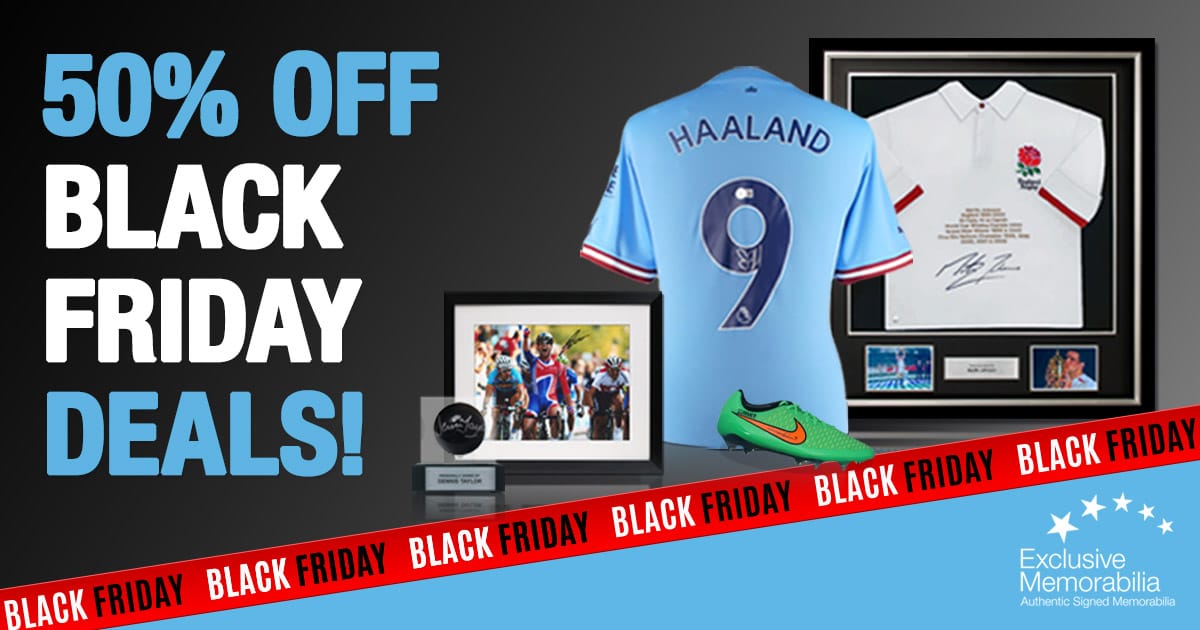 Get up to 50% off incredible select memorabilia until Cyber Monday. Grab a bargain today!

This Man City football shirt was signed by Erling Haaland on September 1, 2022 in Manchester. Erling joined Man City for £51.2 million in 2022 and made an instant impact, scoring 20 goals in his first 13 appearances for the club. He became the quickest player in English league history to score three hat-tricks, doing so in just eight league games! Save £100 on this incredible shirt! 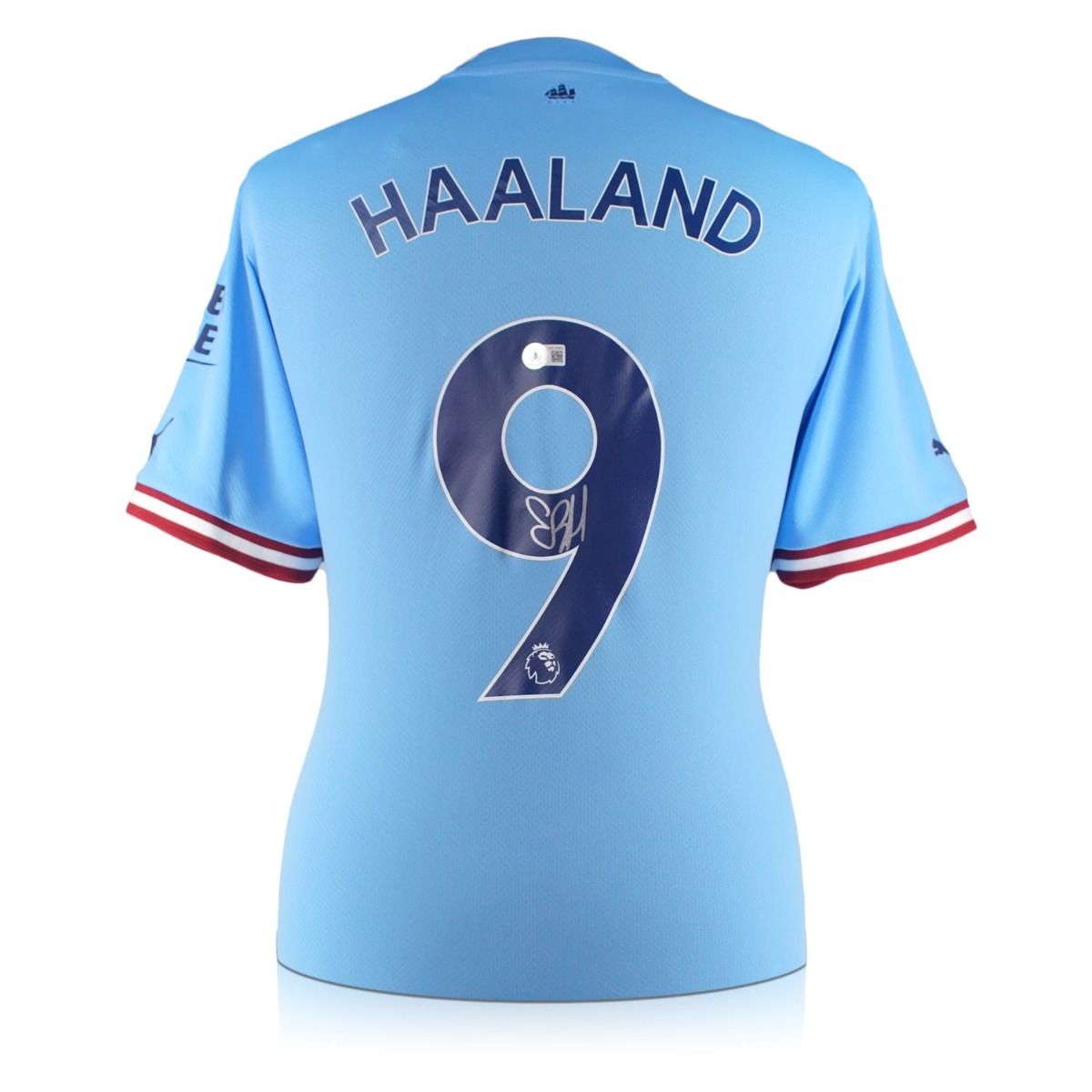 This officially licensed replica Le Coq Sportif 2013 Tour de France yellow jersey was personally signed by Chris Froome in Monaco on September 8, 2021 in a private signing for Exclusive Memorabilia. The 2013 Tour de France saw Chris Froome win his first yellow jersey in the 100th edition of the race. Froome won 3 stages on his way to a dominant victory finishing over 4 minutes ahead of his nearest challenger Nairo Quintana, becoming the second British winner of the Tour following Bradley Wiggins success in 2012. A huge £75 can be saved on this collector's item until stocks last! 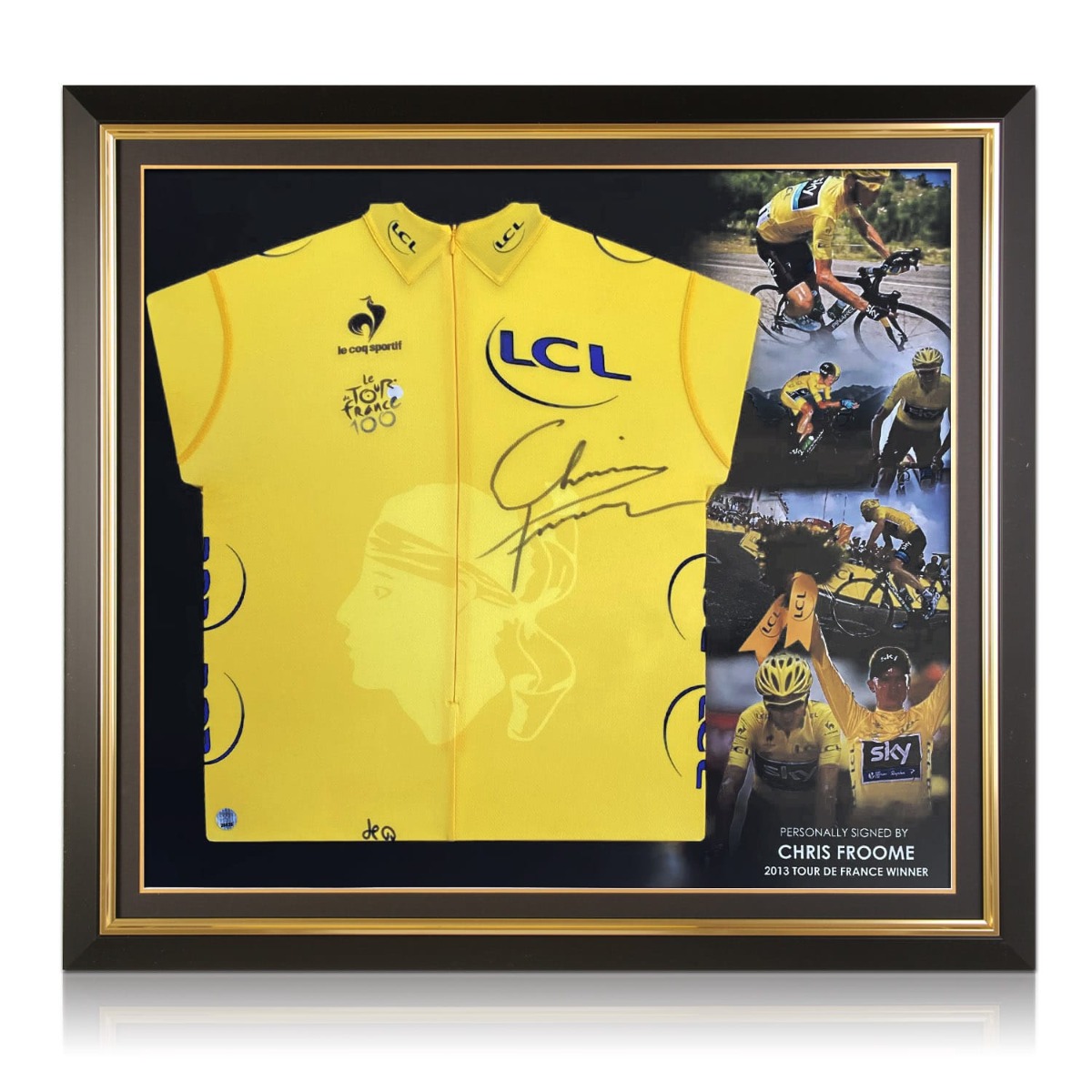 Get 50% off this incredible photo signed by Ron Harris on March 23, 2017 in London. Harris is Chelsea's all-time record appearance holder and a true CFC legend. 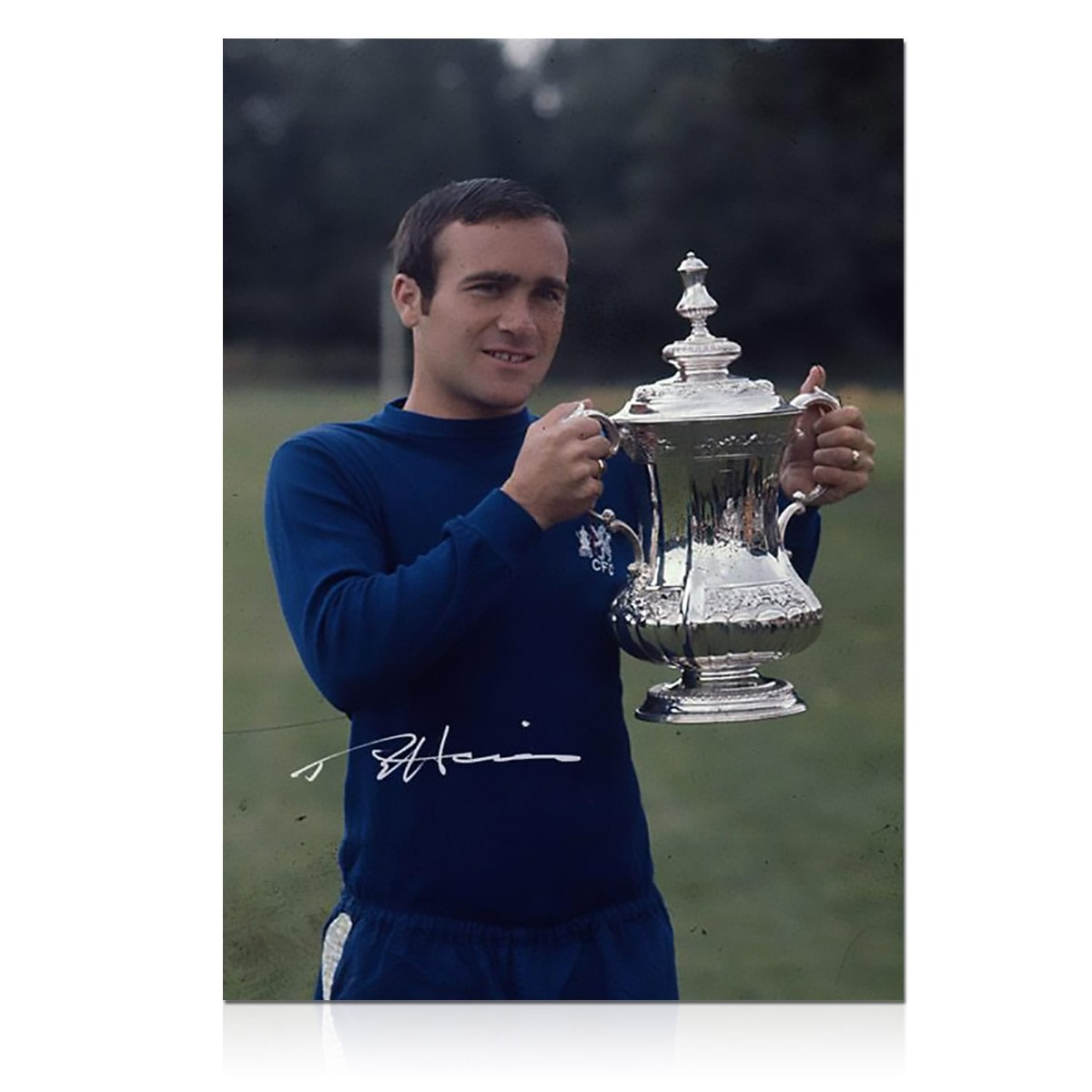 This official Leicester Tigers rugby ball was signed by Martin Johnson on September 23, 2022 in Bristol. Johnson played 362 games for Leicester between 1989-2005. During these 16 seasons, he led the team to win 5 Premiership trophies, 2 Heineken Cups, and 2 Pilkington Cups. Johnson is regarded as one of Leicester's greatest players. Save 20% on this item until Cyber Monday. 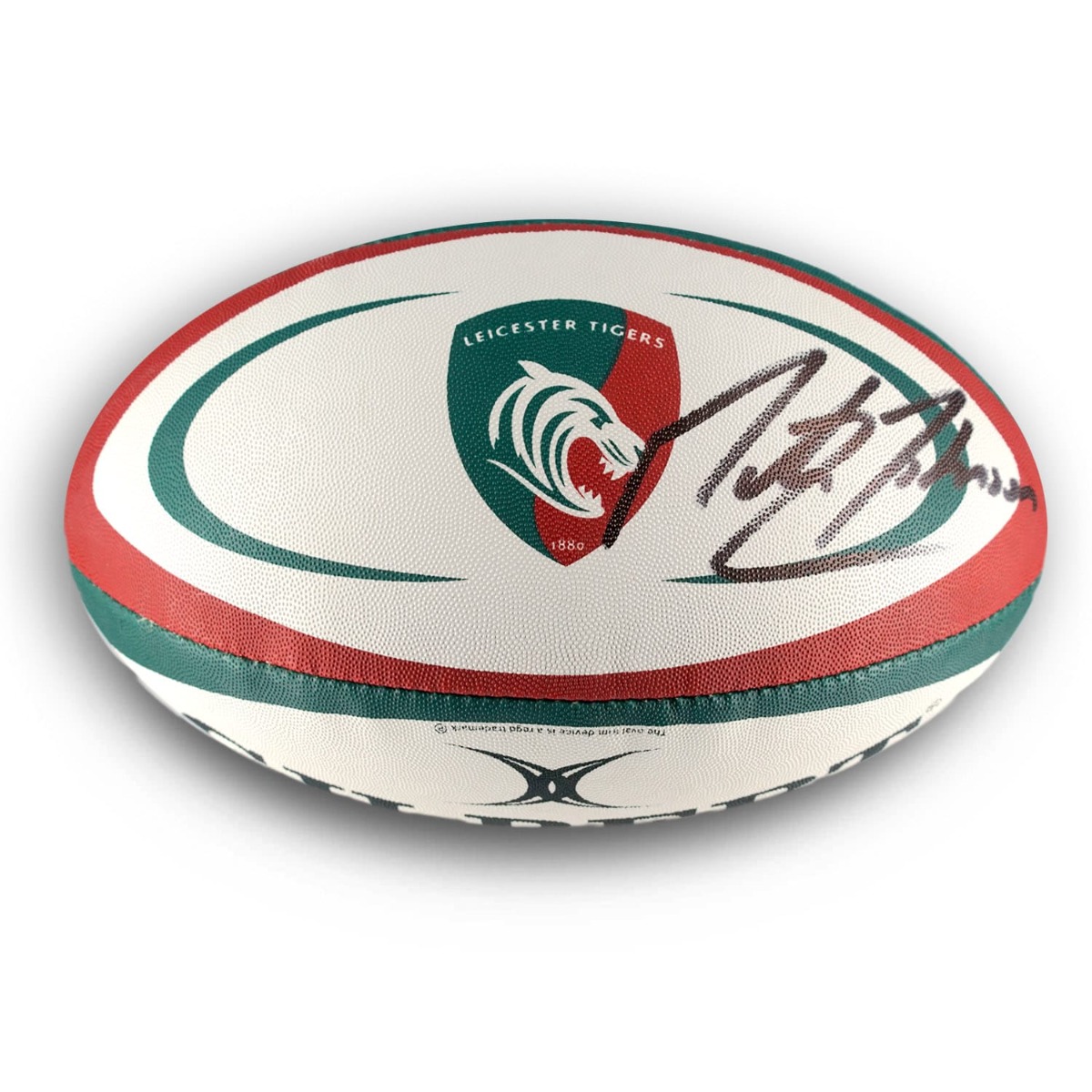 This When Harry Met Sally Poster was signed by Billy Crystal on August 31, 2021 in California and Meg Ryan on October 27, 2021 in California. The 1989 romantic comedy starred Billy Crystal as Harry and Meg Ryan as Sally. The story follows the pair from the time they meet in Chicago just before sharing a cross-country drive, through twelve years of chance encounters in New York City. The film grossed $92.8 million in North America, and was released to critical acclaim. Save an incredible £50 today! 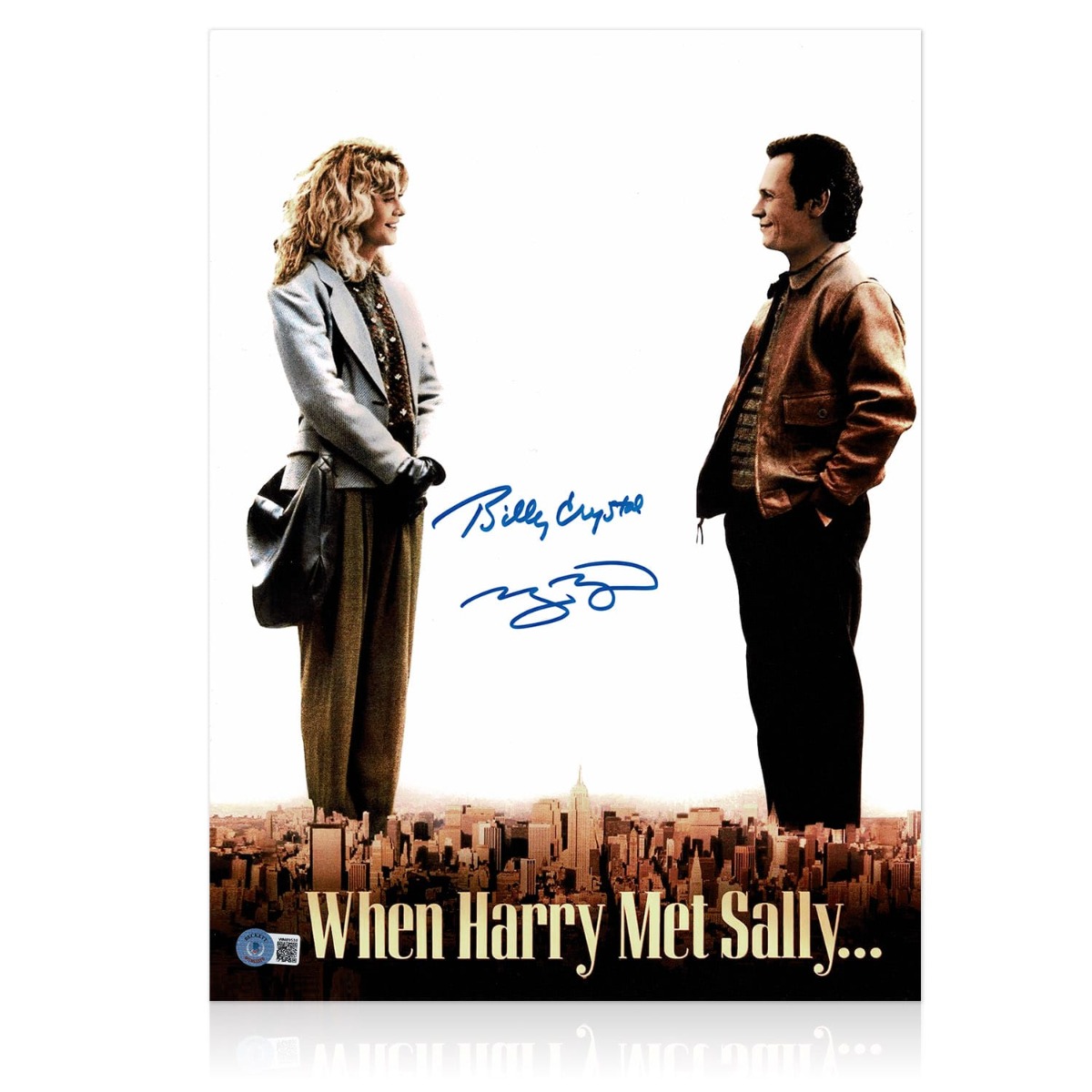