We are delighted to announce that Didier Drogba has signed a range of Chelsea memorabilia commemorating their Champions League final victory over Bayern Munich, in a private signing session for Exclusive Memorabilia.

He also signed a number of the distinctive Mango and Grey Nike boots that he wore during the final in Munich, when he stroked home the winning penalty. We also have a range of photos of the historic victory, signed by Didier. These include the image of him scoring his headed goal and scoring the penalty. During conversation Didier revealed that he nearly chipped the decisive penalty in the style of Zinedane Zidane, but changed his mind at the last moment. And he was relieved he did, as he was convinced Manuel Neuer would have saved it!

Didier is pictured below with Exclusive directors David Holland and Tom Rollett. 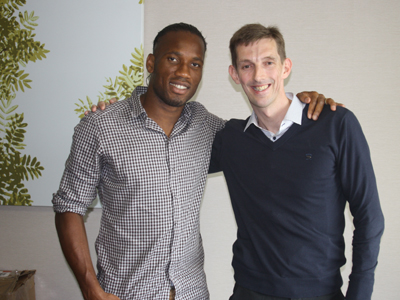 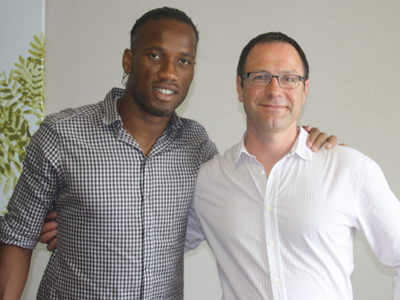