We're very happy to announce that we have held a private signing session with snooker legend, Stephen Hendry! The signing took place in Reading, with all COVID safety precautions put into place. 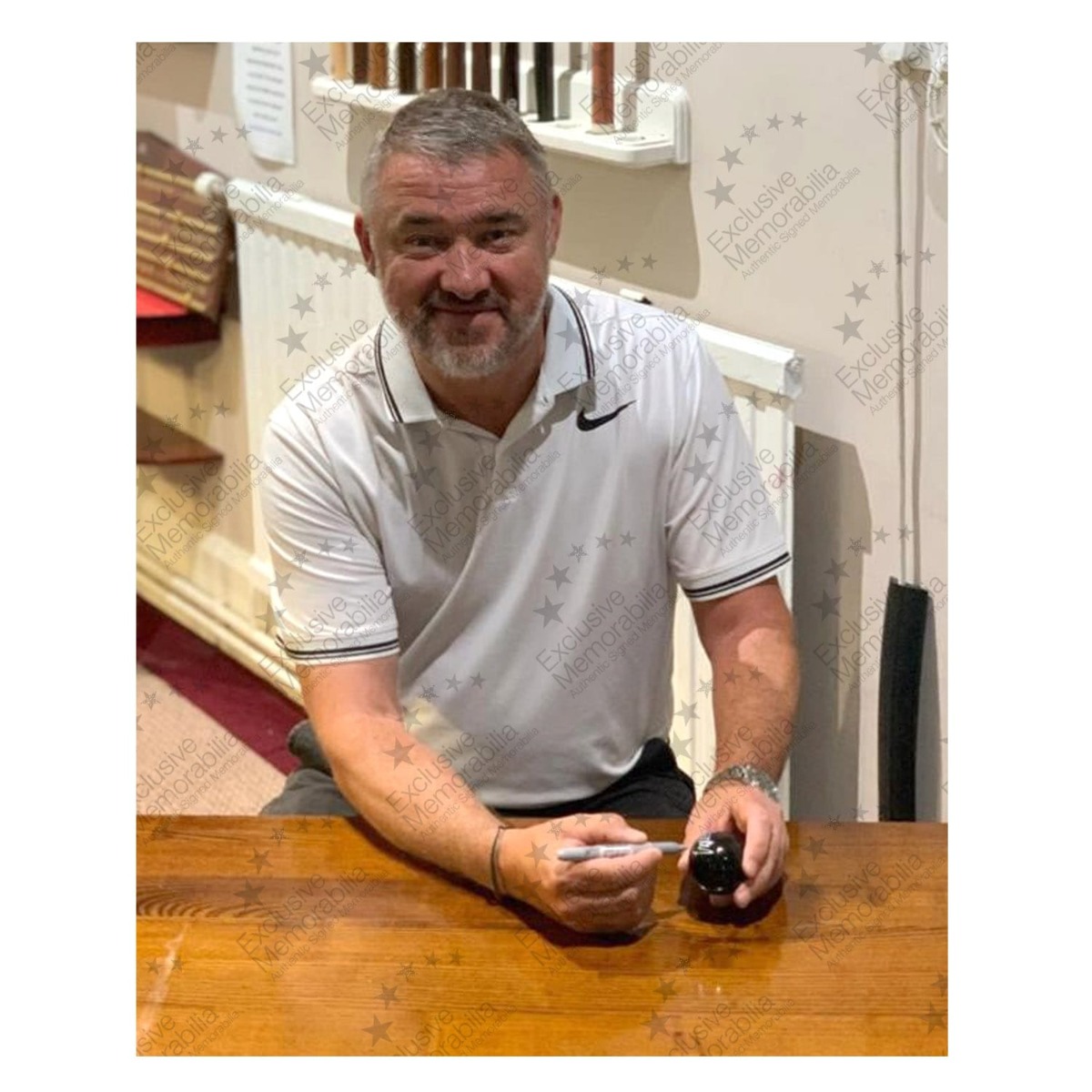 Stephen first started playing snooker at the age of 12 and very quickly cemented himself as a child prodigy. In 1985, after retaining the Scottish Amateur Championship at the age of just 16 years and three months, Stephen became the youngest ever professional snooker player.

He won his first world ranking titles, the Grand Prix (by beating Dennis Taylor) and the British Open, during the 1987-88 season. By the end of that season Stephen was ranked world number 4.

His takeover started in the following 1988-89 season, when he beat Jimmy White in the World Championship final! This made him the youngest ever World Champion, at the age of only 21. Hendry also won the 1989 UK Championship, Dubai Classic, Asian Open, Scottish Masters and The Masters that same year.

Stephen's dominance in the sport continued in the coming years, winning multiple more titles and championships. During his illustrious career he became a seven-time World Champion, making him one of the most successful players in the modern era of the World Snooker Championship. Henry still holds the holds the record for the most seasons as world number one (nine seasons).

He also won an incredible 18 Triple Crown tournaments, six Masters titles (five consecutively) and five UK Championship titles before his initial retirement in 2012- which bought an end to his record 23 consecutive seasons in the top 16 of the world rankings.

In 2021 Stephen came out of retirement to play his infamous rival Jimmy White at an invitational event, which he won 6-3.

During our private signing session with Stephen Hendry a number of different snooker memorabilia pieces were signed. First of all Stephen signed a number of snooker cues for the team in silver pen. A small number of cues that were already signed by Jimmy White from one of our own previous signing sessions (on June 12, 2021 in Epsom), were then dual signed by Stephen. These are very collectable and high demand- so won't be around on the website for long!

Stephen also signed a large range of snooker balls including: White, Black, Red, Pink, Yellow, Green, Blue and Brown balls. A display case with a plaque is the perfect way to showcase these incredible pieces of memorabilia.

To finish the signing, Stephen signed iconic photos which show him winning the 1999 World Snooker Championship. Hendry beat Mark Williams in the final to lift the coveted trophy.

You can view the whole Stephen Hendry signed collection here!